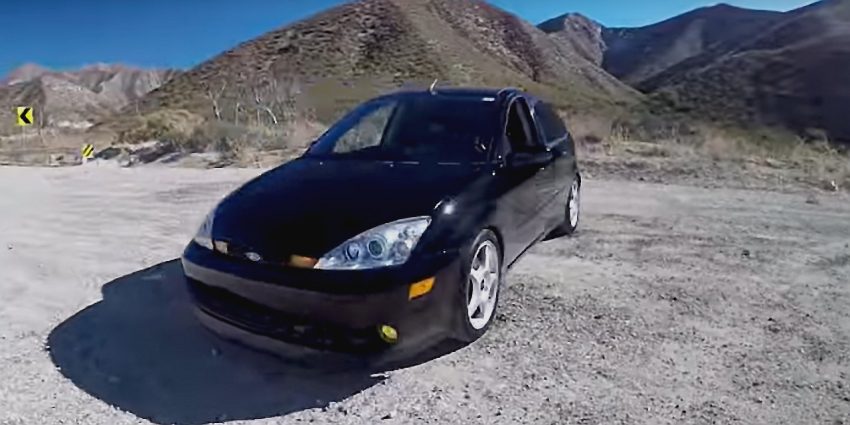 If there’s one thing that Ford Motor Company always does 100% exactly right, it’s the souped-up compact car. The Ford Focus SVT – North America’s version of the European Focus ST170 – was no exception, offering affordable thrills by way of a 170-horsepower, 2.0-liter engine developed by Cosworth, a 6-speed Getrag manual transmission, and uprated brakes and suspension compared with those on the base Ford Focus.

The 2003 Ford Focus SVT example that Matt Farah drove in the latest episode of The Smoking Tire‘s “One Take” series takes the venerable hot hatch a step further with a breadth of well thought-out upgrades.

Those upgrades include a big-brake kit with drilled and slotted rotors, lowering springs, short-throw shifter, Central Florida Motorsports off-road pipe, Borla cat-back exhaust (is it really a “cat-back” if there’s no longer a cat?), FSWERKS SVT tune, and Sumitomo HTR Z III performance summer tires. The owner of this modified Focus SVT, a San Francisco resident by the name of “Cal,” reckons it ought to make about 185 horsepower – not to mention stopping and turning better. “I love it,” he says, after a year-and-a-half of ownership. “Best car ever.”

Be sure to catch the latest episode of “One Take” above.