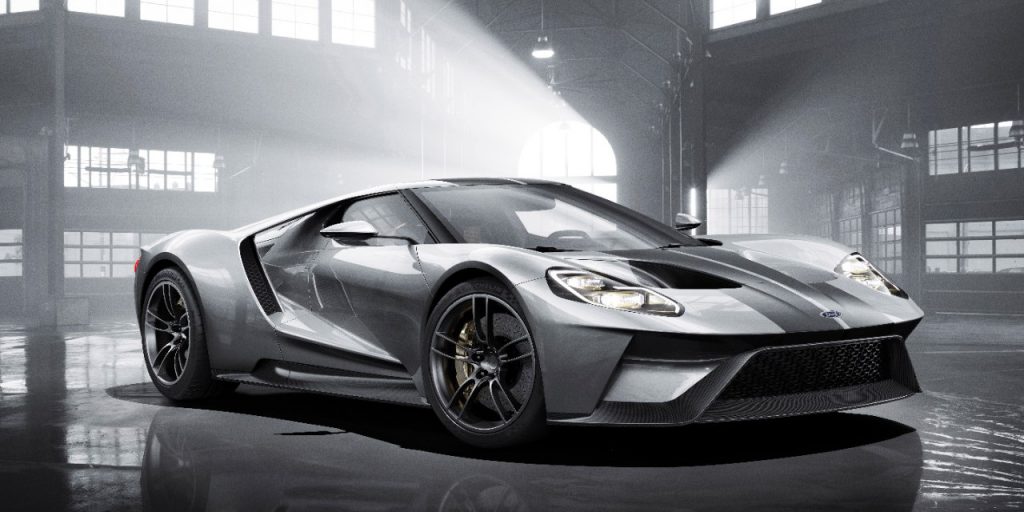 The US Environmental Protection Agency has released its estimated fuel-economy rating for the all-new, 2017 Ford GT, revealing that despite its low curb weight, sleek aerodynamics, and twin-turbocharged, 3.5-liter “EcoBoost” V6, the new supercar seems is perhaps a bit light on the “Eco.”

According to website Motor1, the new Ford GT has been rated at just 14 combined mpg, calculated from 11 mpg on the city cycle, and 18 mpg on the highway. That 14 mpg combined rating is identical to that of the 2005 Ford GT, which was powered by a much larger, more traditional engine: a 5.4-liter V8 blown by a twin-screw supercharger.

The new Ford GT’s relatively low fuel economy means that it will be subject to a $2,600 Gas Guzzler Tax in the US, reports Motor1 – a sum which certainly means very little to anyone who can afford a $450,000+ supercar. The halo car’s lackluster mpg is unlikely to put a dent in Ford’s Corporate Average Fuel Economy (CAFE) rating, seeing as just 1,000 examples will be sold worldwide over the next four years.

We still don’t have official horsepower or torque figures for the 2017 Ford GT, but given the car’s ultra-light weight and thirst for fuel, we don’t doubt that the level of performance will be mind-blowing.