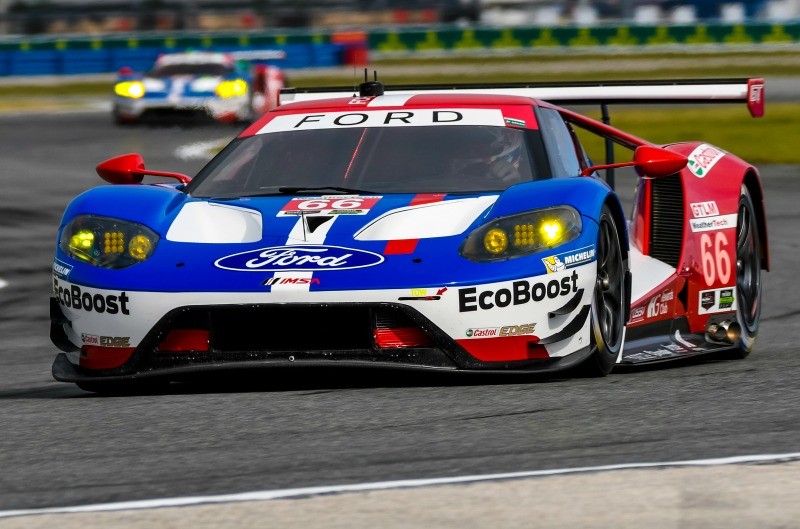 The No. 66 GT, fielded by Ford Chip Ganassi Racing and driven by Joey Hand, Sebastien Bourdais and Dirk Muller, dominated the GTLM field for the majority of the 24 hour race after Bourdais qualified on pole Friday.

Muller was lauded by his teammate post-race after passing the No. 3 Corvette C7.R and No. 62 Risi Competizione in his final stint to move into the lead. The German GT driver also held off the hard-charging No. 911 Porsche RSR in the closing stages to hold onto the position.

“It was a stressful race,” Hand told Motorsport.com post-race. “You do three hours, rest a bit, do another three hours. You gotta be on your game, and that’s what this race is all about.

“One year ago, this was the first race for this car. Since then we have won Le Mans, and now we’ve won Daytona. Dirk was the man at the end, he got it done in a tough situation.”

Ford’s win at Daytona comes just seven months after its newly introduced GT racecar claimed a GTE Pro win at the 24 Hours of Le Mans and is the seventh win for the car since it was introduced at the beginning of the 2016 racing season.

Click here for full results from the 2017 Rolex 24 at Daytona.