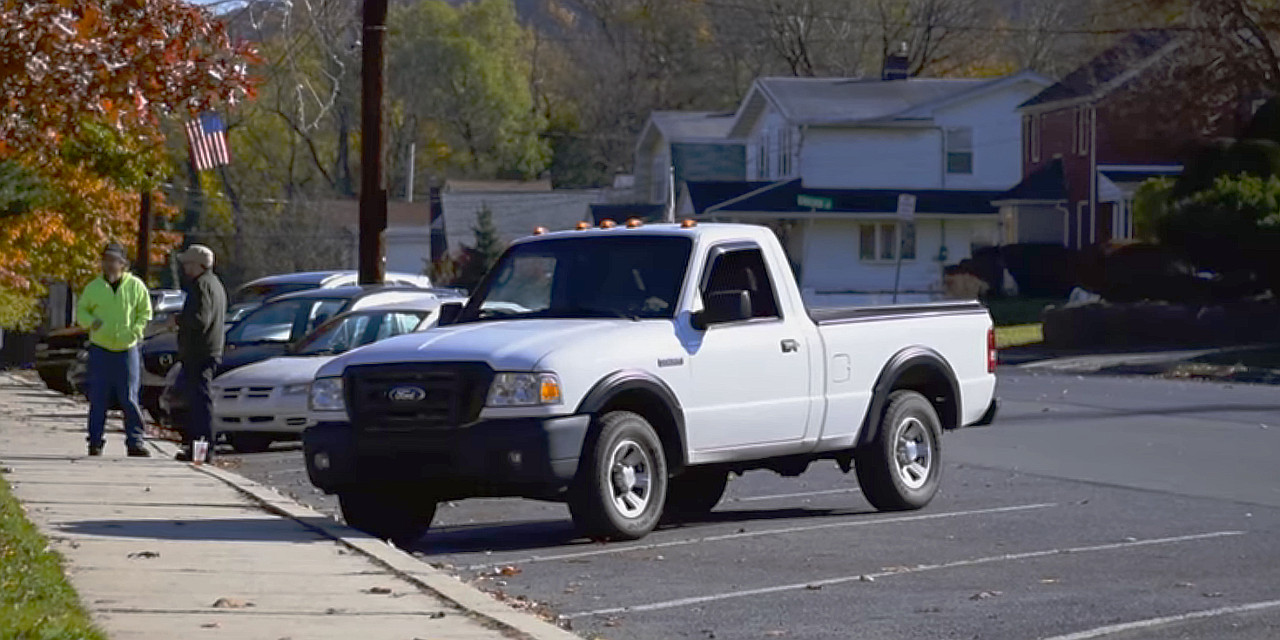 Hey, ‘member the Ford Ranger compact pickup truck? Sure, you ‘member; it was the smaller, cheaper alternative to the full-size F-150 introduced by Ford back in 1983, and sold in the US market through 2012.

It was at that point that Ford (rather inaccurately) pronounced the small-truck market dead or dying, discontinuing the Ford Ranger in the United States even while it evolved and soldiered on in other markets – notably, Australia. Since then, of course, the Chevrolet Colorado and GMC Canyon have sold remarkably well, prompting the Blue Oval to rethink its early exit from the segment and hatch plans to reintroduce the Ford Ranger for 2019.

In the meantime, there are plenty of old, used examples to be had, like the one just appraised in the latest episode of Regular Car Reviews. That truck happened to be a 2007 example in white, with a Mazda 5-speed manual transmission and a 3.0-liter, “low-revving, slow-revving, low-power, high-maintenance” Vulcan V6, as Mr. Regular refers to it.

“These trucks are designed to be assembled cheaply and disposed of after ten-thousand miles,” he says in his review. But of course, there’s more to the review than just that; watch the latest installment of Regular Car Reviews above to get Mr. Regular’s full take on the 2007 Ford Ranger.