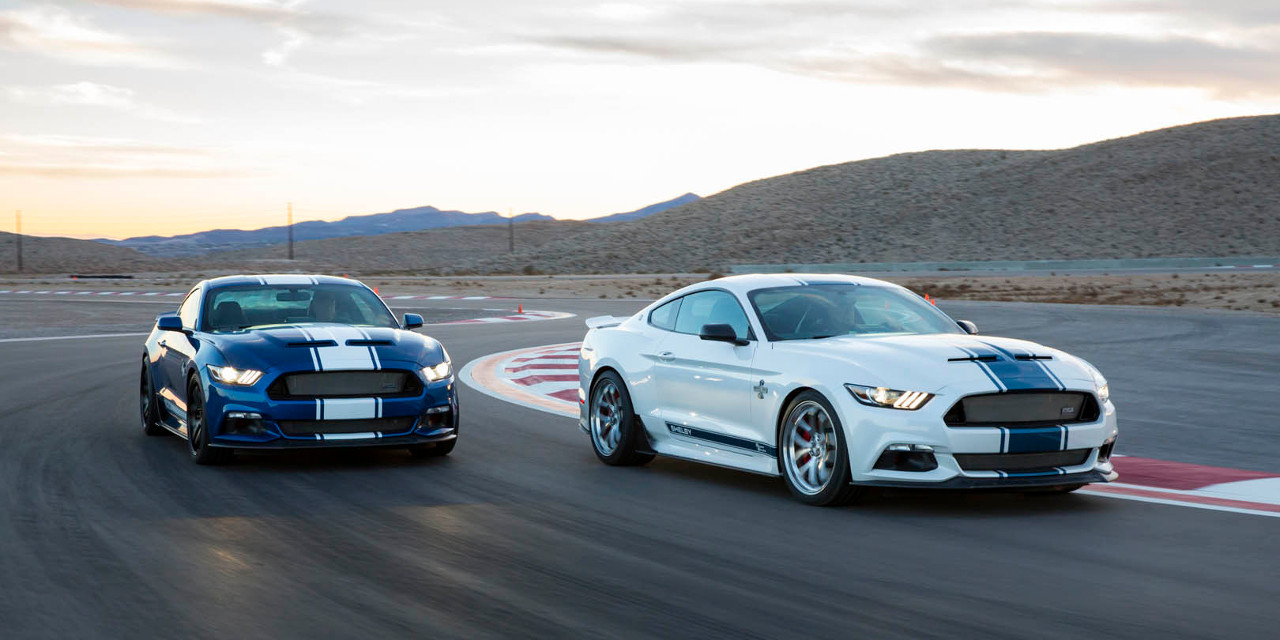 Shelby American today pulled the wraps off of a new, 50th anniversary Shelby Super Snake model at the Ford booth at Barrett-Jackson Scottsdale, introducing the latest exclusive, high-performance sportscar to be built on the Ford Mustang GT.

“Carroll’s bold spirit lives on through this amazing car.”

Just 500 examples of the 2017 Shelby Super Snake will be built, each starting at $69,995 (including the cost of the base Mustang). That sum gets you a distinct-looking, supercharged, 670-horsepower sportscar with upgraded braking, handling, and interior and exterior appointments. For a bit more money, you can have your Shelby Super Snake with 750 horsepower, which is good for a 3.5-second sprint to 60 and a 10.9-second quarter-mile.

Of course, the casual observer won’t have to dive underneath the skin to deduce that the 2017 Shelby Super Snake is a different sort of beast from the run-of-the-mill Mustang. The car features a custom-engineered hood with two massive, horizontal inlets, along with unique upper and lower grilles, a unique front splitter, rear tail panel, rear spoiler and diffuser, side rockers, and side splitters. Special 50th anniversary badges and stripes are another dead giveaway that the car is uncommon.

Inside the 2017 Shelby Super Snake, the story continues with anniversary logos on the seats and floor mats, unique door sill plates, Shelby by Autometer wireless gauges, and of course, a serialized dash plaque. Interior options include a 4-point roll bar, rear-seat delete, and a Katzkin leather upholstery upgrade.

If that’s not enough, still more options are available, like Ford Performance half shafts, a one-piece drive shaft, short-throw shifter, a track-tuned, adjustable Shelby suspension, 3.73 rear gearing, and a Shelby “extreme” cooling system with an uprated radiator and overflow tank.

“The 2017 Super Snake represents American muscle in the truest sense,” says Shelby American VP of Operations Vince LaViolette. “It delivers full-throttle excitement at every turn, all wrapped in a chiseled, handsome body. We designed every aspect of the car to be leaner and more functional than previous models.

“No other car offers so much performance and styling for the price.”