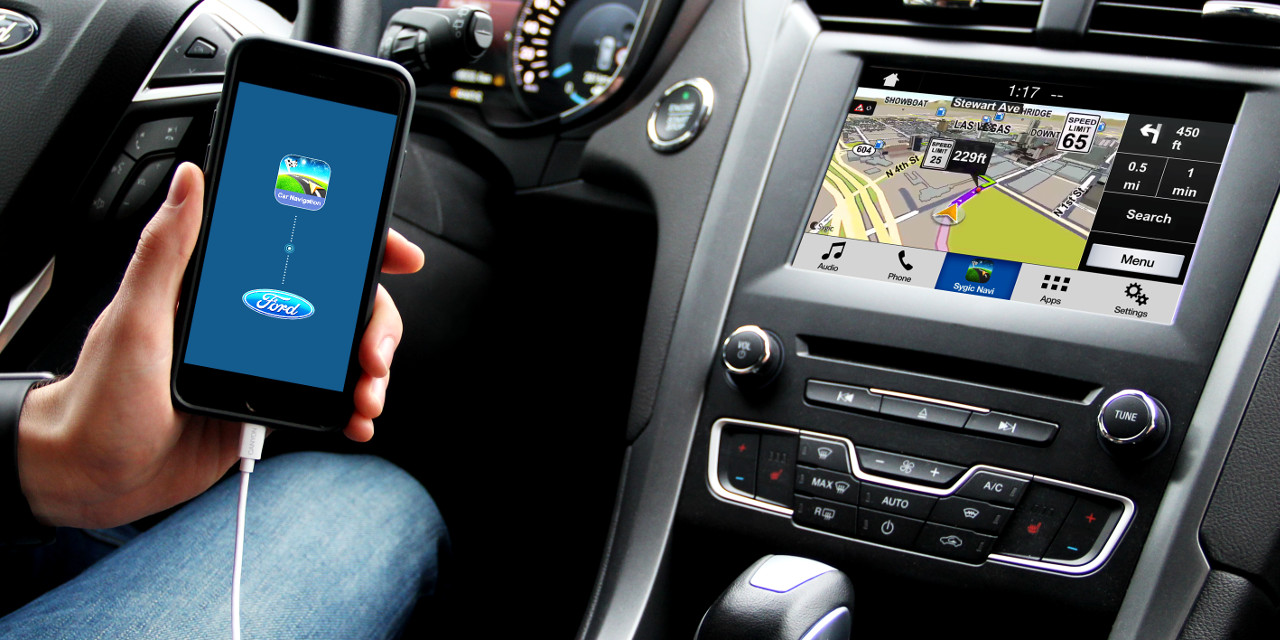 When a smartphone running Sygic is paired with SYNC 3 via a USB cable, the map generated is projected on the Ford vehicle’s touchscreen, and full control of the program is remitted to SYNC 3. Voice controls are also linked, and ultimately, this all means that the driver should never need to pick up and look at his or her smartphone while using it for navigation, and driver distraction should be kept to a minimum.

The Sygic navigation app has more than 150 million users, and is available in more than 200 countries in around 40 different languages. It’s available for both iOS and Android devices.

“With most Americans now using a smartphone, and the majority of those using it for navigation, Ford is proud to introduce this new capability,” says Ford Executive Director of Connected Vehicle and Services Don Butler. “We expect this option for mobile navigation will help boost safety by keeping drivers’ eyes on the road and their hands on the wheel.”

A 2015 Pew Research Center study found that of the 1,600 participating smartphone users in the US, 31 percent use their smartphones for navigation frequently, and a full 67 percent do so at least occasionally.