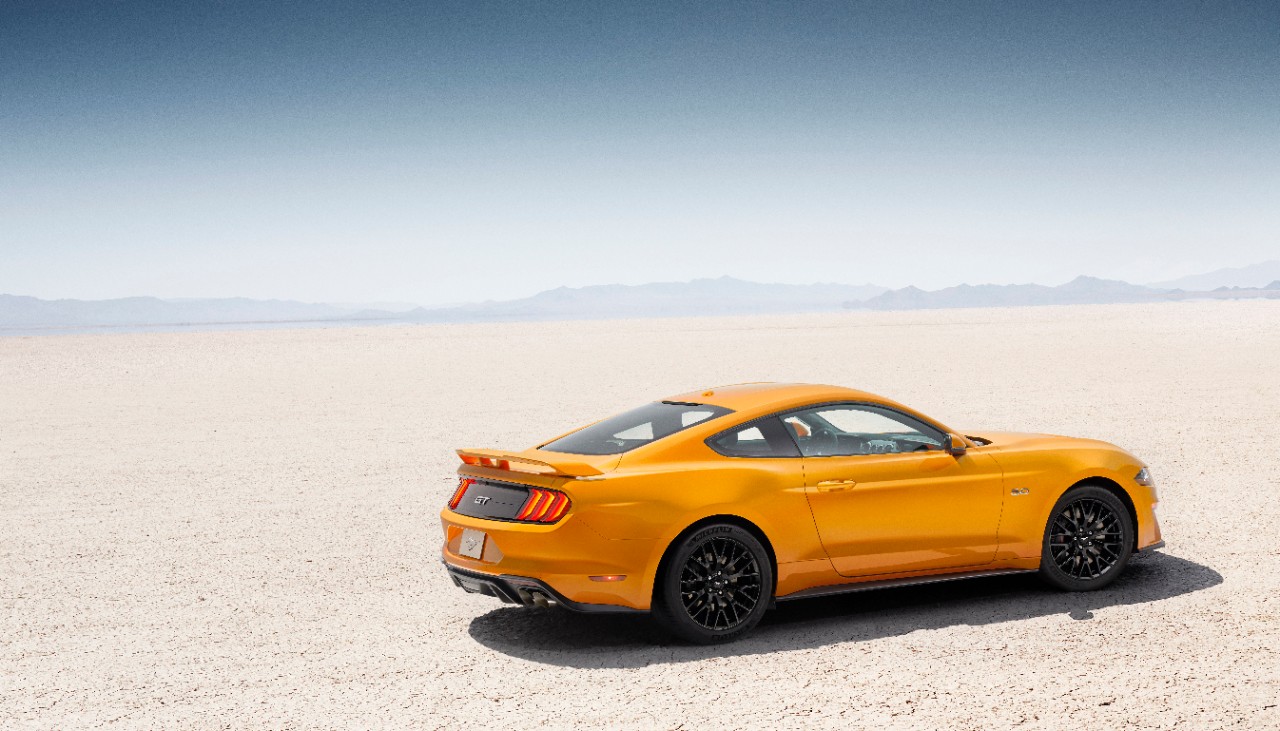 The refreshed, 2018 Ford Mustang will be the first to receive Ford’s SYNC Connect remote-access system, alongside a handful of other high-tech safety and convenience features, when it goes on sale this autumn.

SYNC Connect debuted on the 2017 Ford Escape, giving owners a means of accessing their Ford vehicles remotely via smartphone for the first time. Now, it will be added to the Mustang, allowing users to lock/unlock, start, and locate their pony cars with the FordPass app. Presumably, Ford’s new WiFi hotspot feature will also be available, which lets vehicle owners and occupants connect up to ten devices to the car for internet access via AT&T 4G LTE.

There’s a suite of active safety features on the way to the revamped Mustang, as well, including systems like Ford’s Pre-Collision Assist with pedestrian detection, Distance Alert, Lane-Keep Assist, and Driver Alert System. Simply put, this means that the latest Ford Mustang will be capable of warning the driver of an impending frontal collision (and applying the brakes automatically, if needed), alerting the driver if they start to drift too close to the vehicle ahead, intervening when the driver starts to drift out of his or her lane, and issuing a warning if the driver isn’t showing enough lane discipline.

Whoever said sportscars are necessarily dangerous?

And finally, the 2018 Ford Mustang will have something called “Mustang MyMode” – an all-new feature that allows drivers to configure things like the suspension and steering, and save their favorite settings for later use. It’s the perfect answer to one of the big problems that might arise when you let someone else drive your car.

2017 Ford Escape To Debut Available SYNC Connect This May