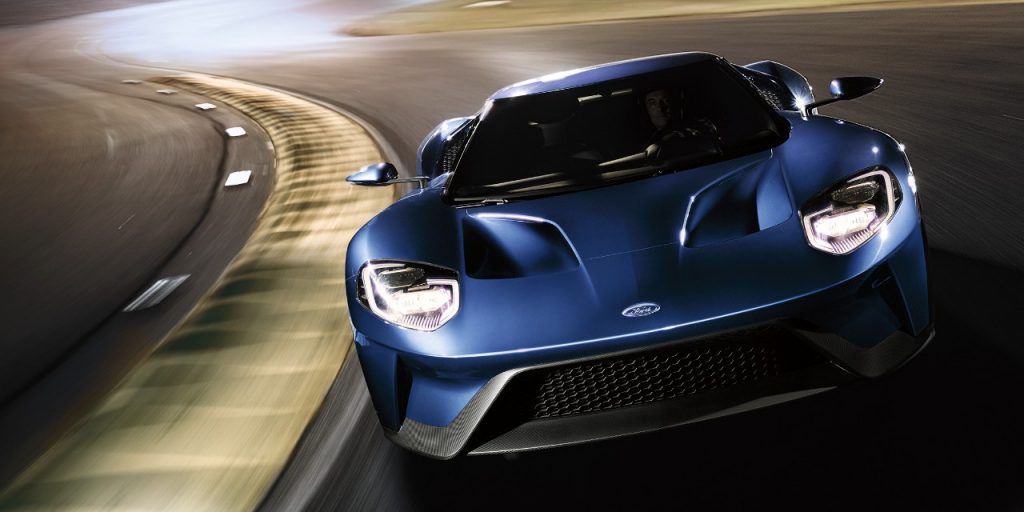 Ford has finally, finally sated our immense curiosity about the all-new Ford GT, sharing its most important performance specs with the world:

The supercar is rated at a whopping 647 horsepower, with a top speed of 216 miles per hour.

Ford was forthcoming with a few other important numbers, as well; the 2017 Ford GT’s 3.5-liter EcoBoost V6 produces 550 lb-ft of twist, 90 percent of which is available from 3,500 RPM, and the car weighs approximately 3,050 pounds dry. Maybe that’s not as light as we would’ve hoped, but it’s still light enough to give the Ford GT an impressive weight-to-power ratio of 4.72 pounds per horsepower.

“The Ford GT is all about performance,” says Ford Executive VP of Product Development and CTO Raj Nair. “We achieved considerable weight savings with the carbon fiber architecture. We then reinvested some of that savings into where it counts most – performance, specifically, the active dynamics. The result is an even faster car.”

The Blue Oval tested its brand-new Ford GT supercar against two of its primary competitors – the McLaren 675LT, and the Ferrari 458 Speciale – around the track at Calabogie Motorsports Park in Canada. With a lap time of 2 minutes, 9.8 seconds, the GT bested the McLaren by a full second, and beat the Ferrari by three. Granted, Ford is anything but impartial here, but the automaker did take pains to ensure that all three supercars were competing on a level playing field (fresh tires, new fluids, same driver, same conditions, etc.)

We’re still waiting to hear how much downforce is provided by the new Ford GT’s active rear wing, not to mention a more precise figure for its retail price. This will do for now, though.