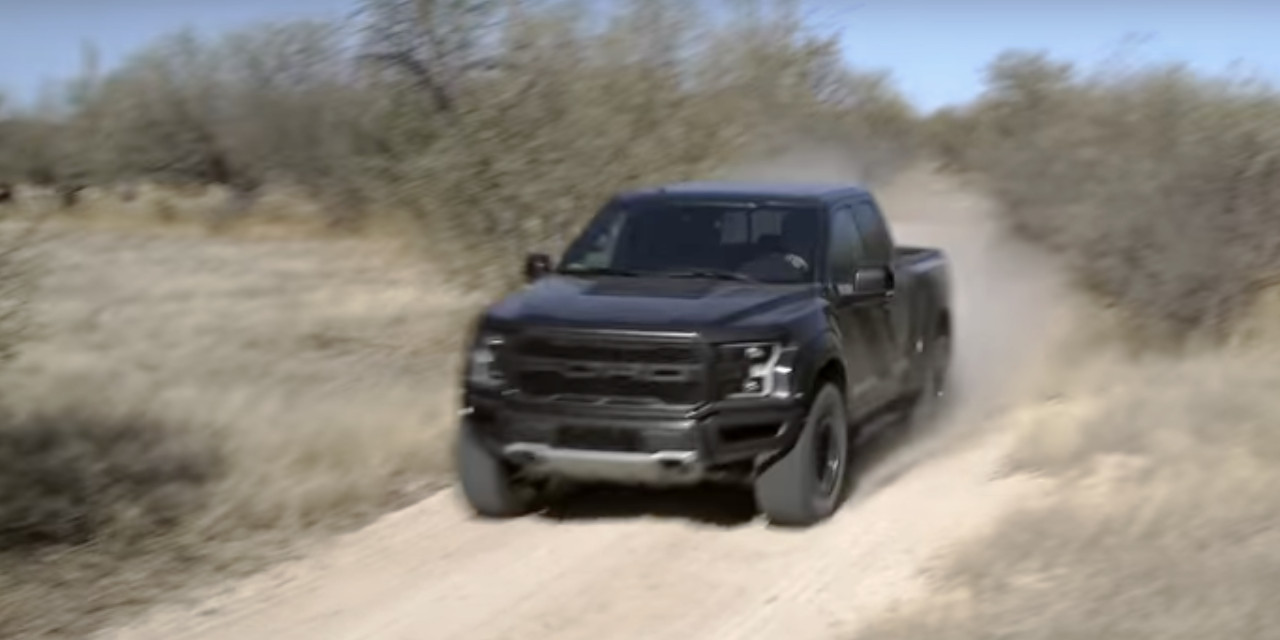 For the rare, stubborn soul still having difficulty accepting the fact that the all-new, 2017 Ford F-150 Raptor is propelled not by a big, burly, American V8, but a turbocharged six-cylinder with roots in the Taurus SHO, maybe the video above will help change your mind.

Website PickupTrucks.com compiled this video using clips from their recent test of the new F-150 Raptor, both off-road and on the dragstrip. The site, which is an offshoot of Cars.com, was so taken with the high-performance pickup that it won the Cars.com “Best Pickup Truck of 2017” award, beating even the redesigned F-Series Super Duty.

Oh, and that turbocharged V6 sounds perfectly swell, whether it’s pushing the Ford F-150 Raptor along an unpaved road at speed, or helping it rip through the quarter-mile.

The 2017 Ford F-150 Raptor is available now, with a starting price of $49,520 with destination. It features a 3.5-liter EcoBoost V6 rated at 450 horsepower and 510 lb-ft of torque, coupled to a brand-new, 10-speed automatic transmission. Sales since its launch late last year have been anything but slow.