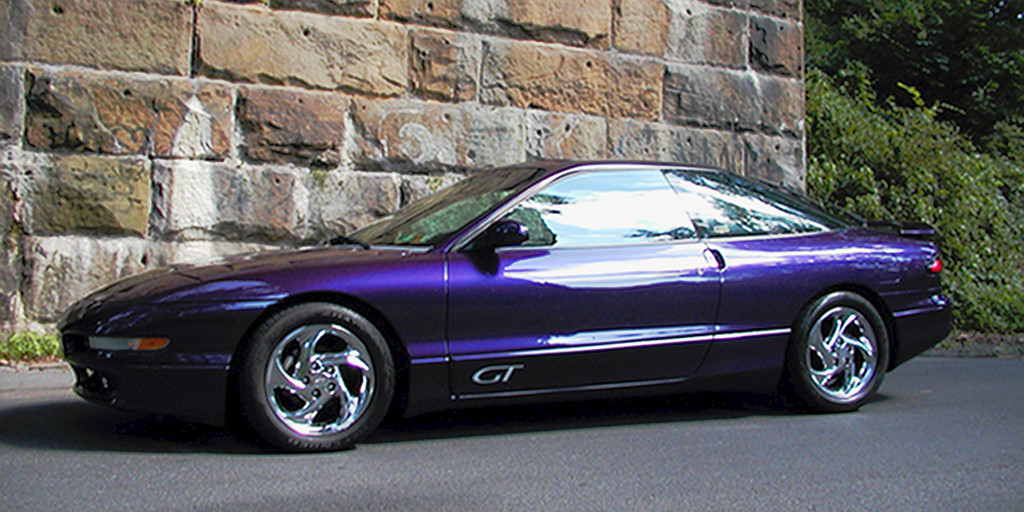 Should you find yourself in the Chicago area, on I-294 near the O’Hare International Airport, keep an eye out; as of Thursday morning, a billboard in that vicinity was spotted wearing an old ad for the Ford Probe GT.

The Probe GT, along with the rest of the Ford Probe model line, was snuffed out in 1997.

A Jalopnik reader by the name of Jan sent the website a photo of the billboard, and it indeed seems recent, with another, obviously-current billboard ad visible in the background, and a late-model Acura TL nearer the camera. It’s a pretty neat, high-up piece of automotive history, likely uncovered temporarily after the billboard company peeled off layer upon layer of other, more contemporary ads.

Or, as Jalopnik suspects, it could be an indication that the Blue Oval plans to bring back the magnificent Ford Probe GT, complete with unaltered 1990s styling.

The Ford Probe was a front-engined, front-wheel-drive sports coupe based on a Mazda platform that was originally intended to replace the Mustang. Obviously, that never happened, although the Probe lasted a good 9 years before its 1997 discontinuation.

There Are Currently 16.1 Million Ford F-Series Pickups On U.S. Roads