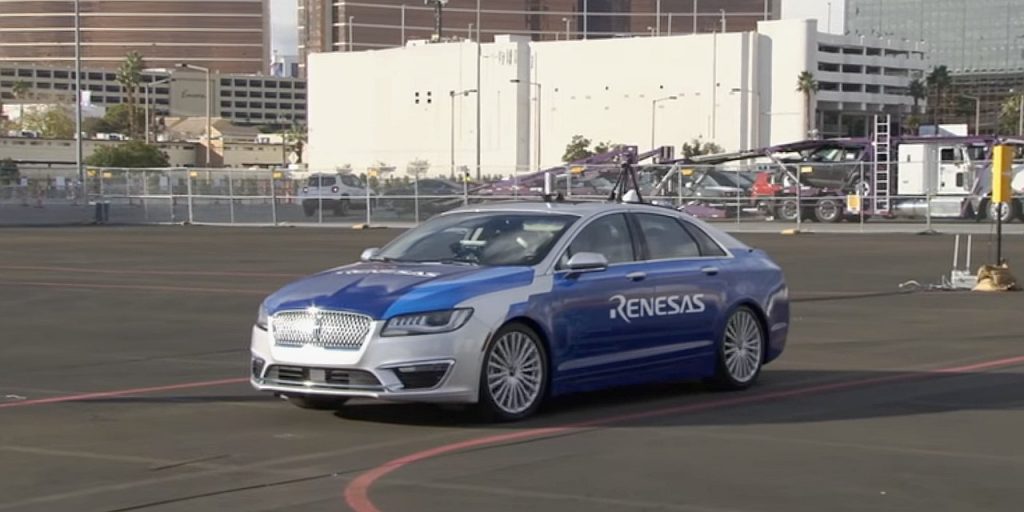 We would consider Ford to be something of a leader in the race to bring vehicle autonomy to the masses, but the automaker is far from the only player in the field; everyone from Tesla Motors, to Google, to Uber is competing to be the first to make self-driving technology ready for primetime.

And then, there’s a company called Renesas, which brought a self-driving 2017 Lincoln MKZ to the 2017 Consumer Electronics Show in Las Vegas this week. It’s still only a prototype, as should be apparent in the Autoline clip above based on the large, unsightly ranging sensor on top and the trunk full of unhidden equipment, but it was brought along for demonstration purposes nonetheless.

According to Renesas Marketing Manager of Advanced Drive Systems Solutions John Buszek, Renesas has attempted to make headway on several of the most important problems facing future autonomous cars: offering redundancy for the purpose of safety, lowering power consumption, and baking in some level of cyber security to mitigate the risk of hacking. To those ends, Renesas’ self-driving Lincoln MKZ can find a safe place to pull over on its own in the case of an emergency, consumes just 25W of electricity to run its autonomy-related equipment, and makes use of signal encryption and authentication to defend against cyber attacks.

For the full scoop on Renesas’ autonomous Lincoln MKZ and how it’s helping to advance self-driving technology, be sure to watch the full Autoline video above.

Argo AI To Supply Self-Driving Technology To Other Companies