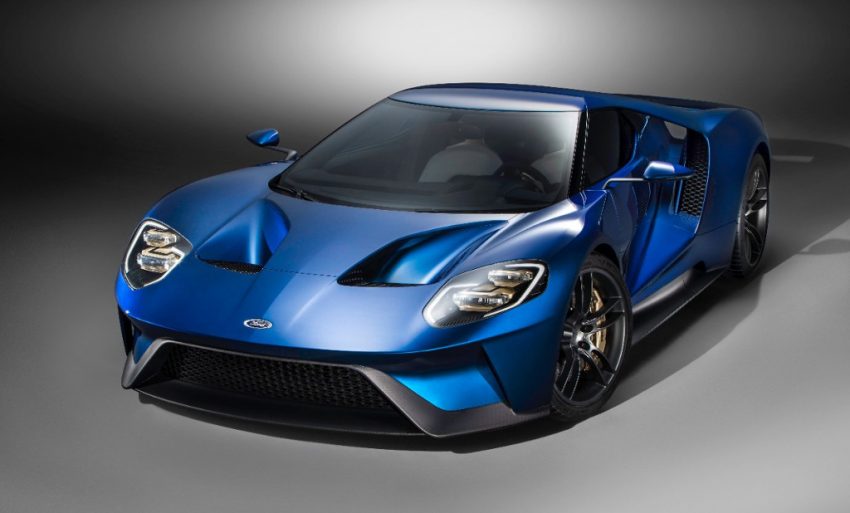 The all-new, 2017 Ford GT supercar has a space-aged carbon-fiber monocoque, an all-aluminum engine, and other, even more extravagant weight-saving features. First to mind is its industry-first Gorilla Glass windshield.

So how is it, exactly, that the new Ford GT weighs more than 3,000 pounds dry? Road & Track reached out to Ford Executive VP and Chief Technical Officer Raj Nair to find out.

It’s All About Reinvestment

According to Mr. Nair: “We achieved a lot of weight savings with the carbon fiber monocoque and the aluminum structure. But as we did the simulations and testing on the mules, we thought it was worth reinvesting some of that [weight] into the active systems, specifically the active aero and the active suspension.”

The Ford GT’s radical new active aerodynamics were explored in great detail in a previous article, as was its active suspension. Suffice it to say that both are adjustable on-the-fly, actuated by the same hydraulic pump that powers the steering system. The collection of adjustable aerodynamic bits includes a pair of downforce-generating channels in the front that can be closed off, and a rear wing that can be raised and lowered. The suspension utilizes two identical torsion bars at each axle, one of which can be deactivated to lower ride height and raise the spring rate.

Naturally, all of that comes with the price of greater weight. “We could have been lighter without” the adjustable aerodynamic and suspension systems, Mr. Nair told Road & Track. “But when we did the simulations and the [real-world] tests, we were faster by putting the systems in. We felt it was worth reinvesting the weight savings into getting the lap times.”

Without such high-tech aero and suspension trickery, the Ford GT would have had approximately the same dry weight as the McLaren 675LT against which it competes, Nair says.

What About Wet Weight?

Road & Track reports that, according to Ford Performance Director Dave Pericak, the 2017 Ford GT weighs about 119 pounds more with all its fluids – save for gasoline. (A car’s weight with all fluids but gas is known as its “race dry” weight.) That nudges the scale up to 3,173 pounds, which is quite a bit more hefty than we were anticipating.

Still, the Ford GT conquered last year’s 24 Hours of Le Mans in the GTE-Pro class; we have no reason to doubt it will out-gun most everything else on streets and road courses the world over.