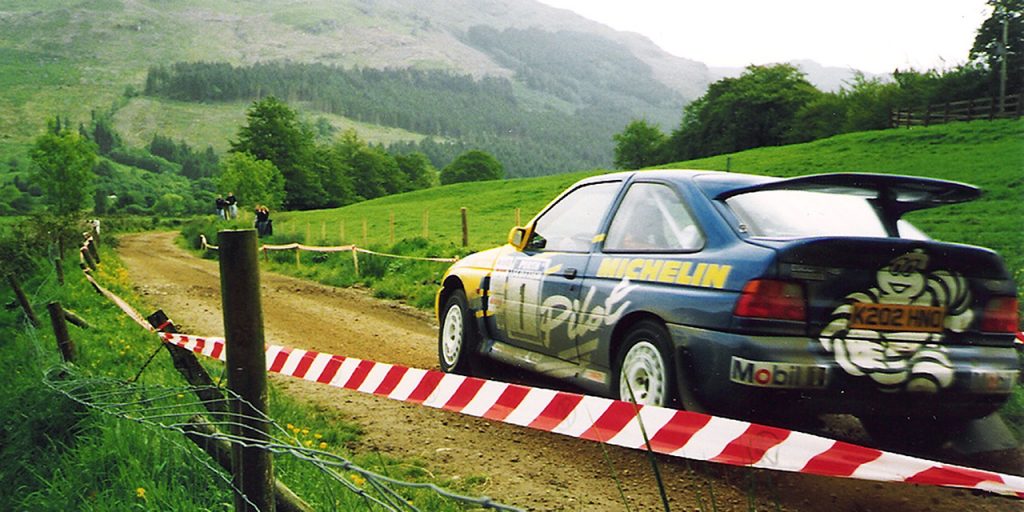 We’ve got great news for fast-Ford enthusiasts: the 1992 Ford Escort RS Cosworth is 25 years old this year, making it eligible for import into the United States.

The Ford Escort RS Cosworth was a rally homologation special based on the fifth-generation Ford Escort, fitted with a rear-biased all-wheel-drive system, five-speed manual gearbox, and a turbocharged, 2.0-liter inline-four rated at 227 horsepower. The engine is notoriously easy to coax additional power out of, too; video we found last March from an Italian hillclimb captures an Escort RS Cosworth making some 600 horsepower with a larger (2.3-liter) displacement and some massaging.

The initial run of 2,500 Escort RS Cosworths was the most hardcore, lacking the sunroof and sound-deadening material of later cars. The awesome, massive whale tail was standard until the road car’s 1995 revision. And, perhaps most notable of all, the Ford Escort RS Cosworth was Ford’s last all-wheel-drive sport compact until the Mk III Ford Focus RS came along last year.

If you have the means, we highly suggest picking one up.