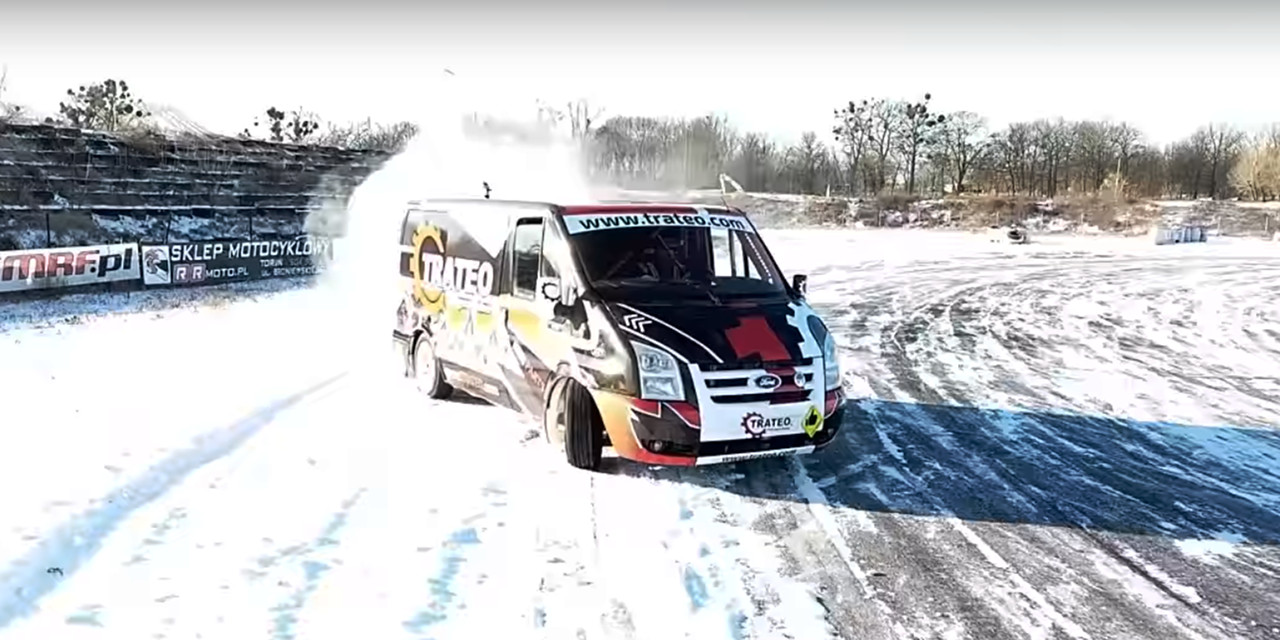 Question: What does this Ford Transit van share in common with the legendary McLaren F1 supercar?

Answer: They both use BMW power.

BMW makes some stellar engines, and the 4.9-liter S62 V8 from the E39 (1999-2003) M5 was probably among the most memorable, as far as enthusiasts are concerned. It offered a 7,000-rpm redline, nearly 400 horsepower, and around 370 lb-ft of torque, with all the zesty eagerness that its individual throttle bodies could afford it.

Naturally, then, it’s exactly the sort of engine that should be powering a panel van.

Meet the “Drift Bus.” It’s the handiwork of Polish automotive parts shop Transit Center, based on a late-model Ford Transit with an S62 V8 under the hood. Recently, the shop wanted to test out a new set of Trateo hubs, so they wheeled out the BMW-powered Ford Transit, plopped Polish drifter Maciej Polody down behind the wheel at a snowy rallycross track, and told him to do his thing.

The results are pretty dramatic, and probably in-line with what Ford envisioned for the Ford Transit all along. Check it out above.

‘The Grand Tour’ Gets Ready For A Very Ford Christmas: Video