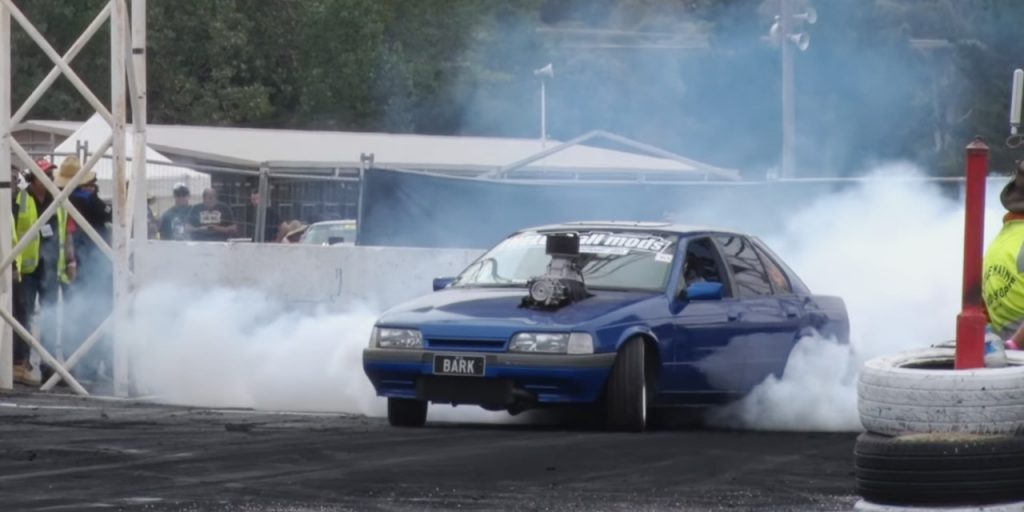 If there’s one country out there that loves absurd, stupidly-powerful cars as much as the US does, it’s likely Australia. They sure know how to build ’em down under.

Case-in-point: this supercharged, six-cylinder Ford Falcon sedan. The folks at 1320Video discovered it at Australia’s Summernats 30 car festival last month, its massive blower towering above the crowds like some gargantuan monument to the car gods. The owner/builder fabricated many of the requisite parts on this Ford Falcon himself, including the custom intake manifold for the 4.0-liter inline-six.

This just goes to show: swapping in an LS isn’t always the answer.

Be sure to check out the video above for some sweet, sweet burnout action starring this remarkably-weird 1990 Ford Falcon, as well as a brief chat with its wrangler. A word of advice: you might want to turn down the volume on your computer/phone/tablet a tad. This Falcon has one heck of a shriek.