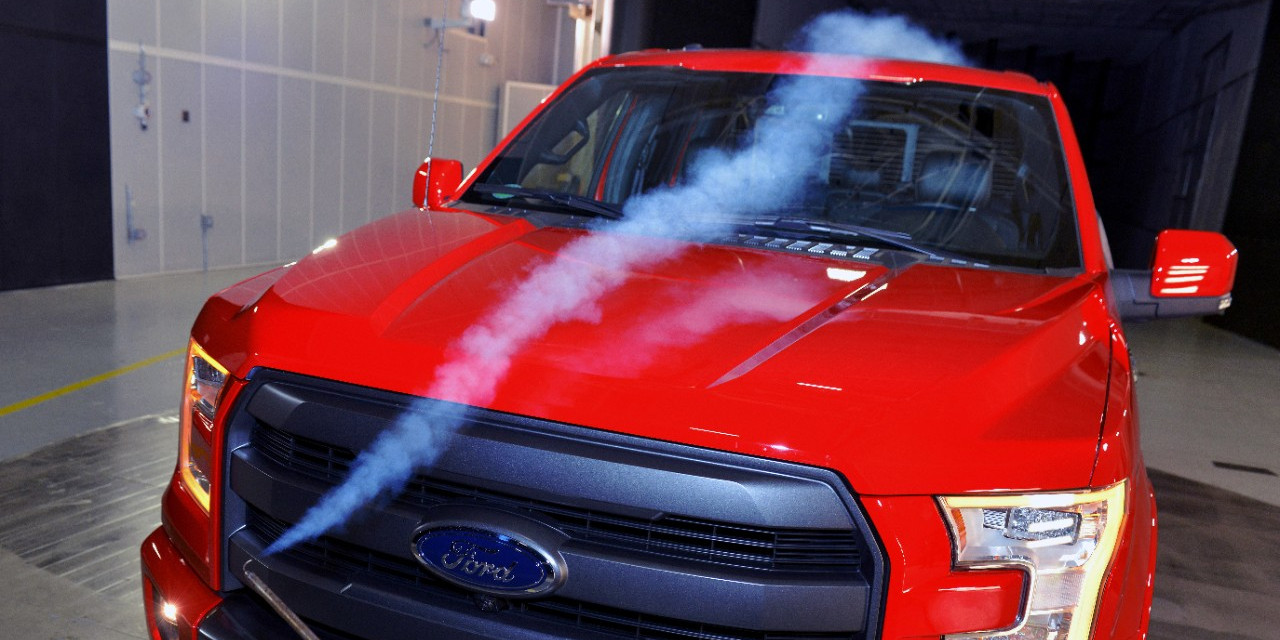 Ford today announced that it will invest some $200 million into building a new wind tunnel complex in Allen Park, Michigan, which will feature a new “rolling-road” wind tunnel and a climatic-testing chamber.

Ford’s rolling-road wind tunnel will be capable of better replicating real-world aerodynamic drag by using conveyor belts running underneath the vehicle to rotate the wheels, and to better circulate air underneath the vehicle. The wind tunnel will have two systems: one with five belts (one per wheel, plus one large, central belt) capable of speeds up to 155 mph, and one with a single belt capable of 200 mph. The latter one is well-suited to testing performance and racing machines, and the belt “cartridges” can be swapped out fairly easily with a crane.

Ford’s new wind tunnel complex will also feature larger-than-usual chambers so as to accommodate big vehicles like the F-Series Super Duty, and will be capable of generating winds up to 200 mph. The climatic chamber, perfect for testing cold- and hot-weather performance, will be able to produce temperatures from -40° F up to 140° F, far exceeding what the average Ford vehicle will ever see in its lifetime.

Construction on Ford’s new wind tunnel complex will begin later in 2017, next to the automaker’s existing Driveability Test Facility in Allen Park.