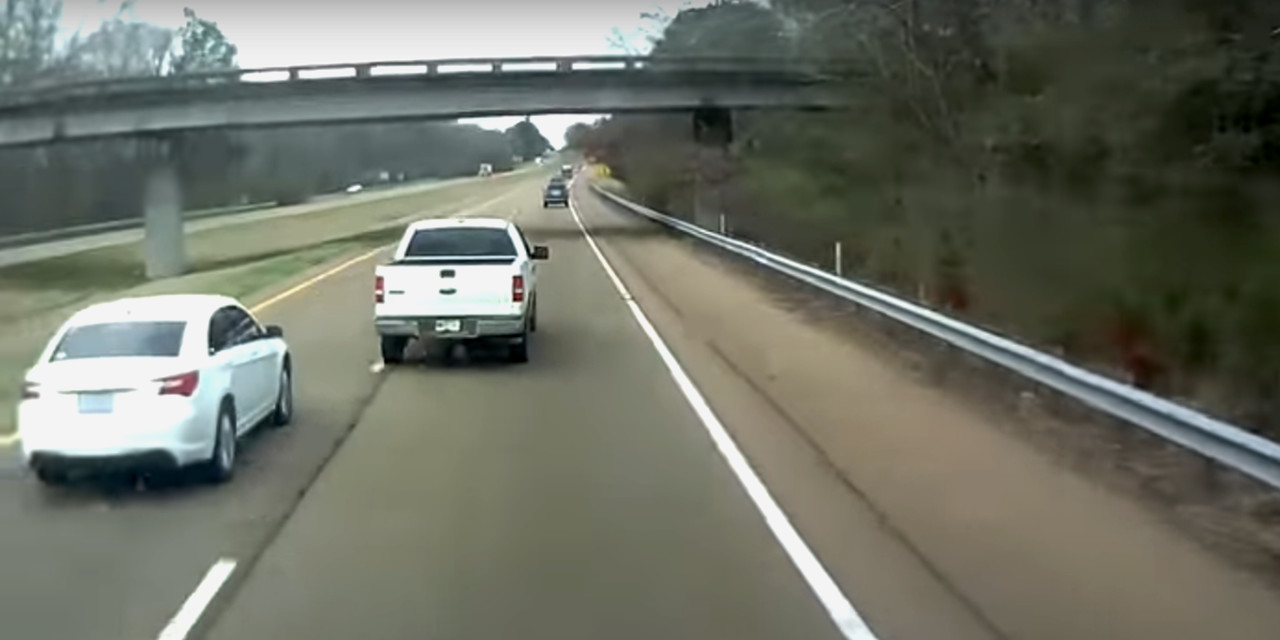 Something about being behind the wheel in a big, metal box, surrounded by others who all have their own big, metal boxes, seems to bring out the absolute worst in people. But no matter how vexing the situation, or how inconsiderate some bozo is acting, it’s important to take a deep breath and keep your cool, lest you end up like either of the raging drivers in the video above.

Captured on a truck driver’s dash cam, this clip shows what happens when a Ford F-150 and a Chrysler 200 have at it on a divided highway. The F-150 enters the frame at about the 38-second mark, speeding past the camera followed closely by the Chrysler. The Ford gets over to the right, ostensibly to let the sedan past, but then immediately accelerates to keep dead even with it. As the two cars approach right-lane traffic ahead, the Ford F-150 driver starts lane splitting to eek past the other cars without ceding any distance to the Chrysler 200.

That’s when things get nasty.

The Chrysler driver very purposefully whips to the side to hit the offending Ford F-150, but instead of teaching the other driver a lesson, both vehicles lose control, the sedan plowing off to the right and taking an innocent Toyota crossover with it into the trees while the truck breaks left and bounces violently across the median. Precisely no one comes out of this incident with their dignity intact, although mechanically, the Ford appears to end up the better-off of the two.

Check it out, and let it serve as a reminder as to why de-escalation is always, always the best policy.