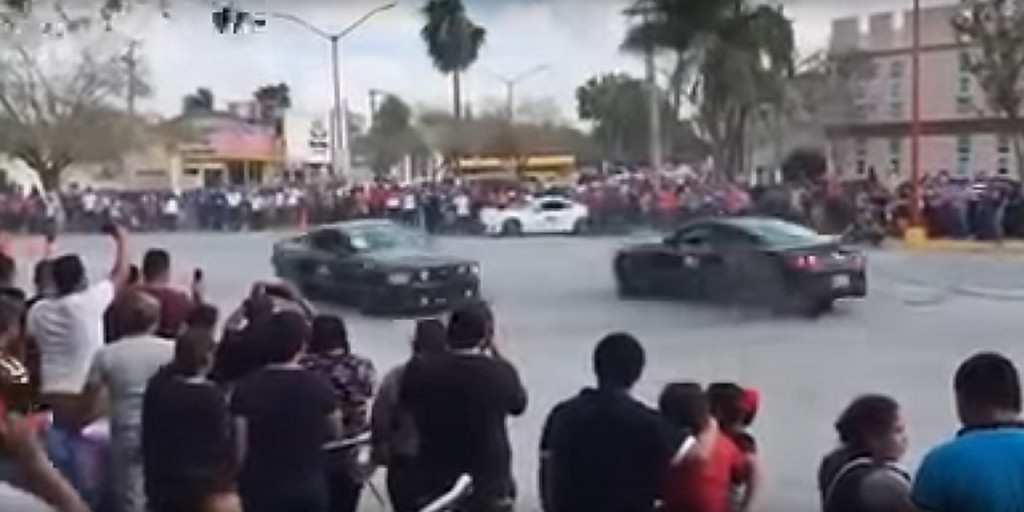 Did you know that the Ford Mustang has the same bloodlust and blatant disregard for human life in other countries as it does in the United States?

It’s true. The folks over at Jalopnik even managed to find a recent video from Mexico that illustrates the point, in which a previous-generation Ford Mustang (S-197) plows into a crowd of people on the side of the street. The crowd apparently amassed there to watch the car, and another S-197 Mustang, do some tandem donuts.

For those who aren’t familiar, tandem donuts are where two cars drive donuts around the same imaginary center point in unison, forming something that looks approximately like a binary star system – except, you know, a whole lot less bright.

The crowd got their wish, and then some; one of the pony cars loses control at about the 0:42 mark and drives into the mass of people, leaving six injured (according to El Mañana). Luckily, no one died, and seeing how many young children were present, we’d say that’s especially fortunate.

Check out the video above to see the mayhem for yourself, and remember: if you ever see a Mustang acting erratically, don’t wait for it to maim you or someone you love. Take cover, or immobilize it with a spike strip and a quick kick to the radiator with a pair of steel-toed boots.