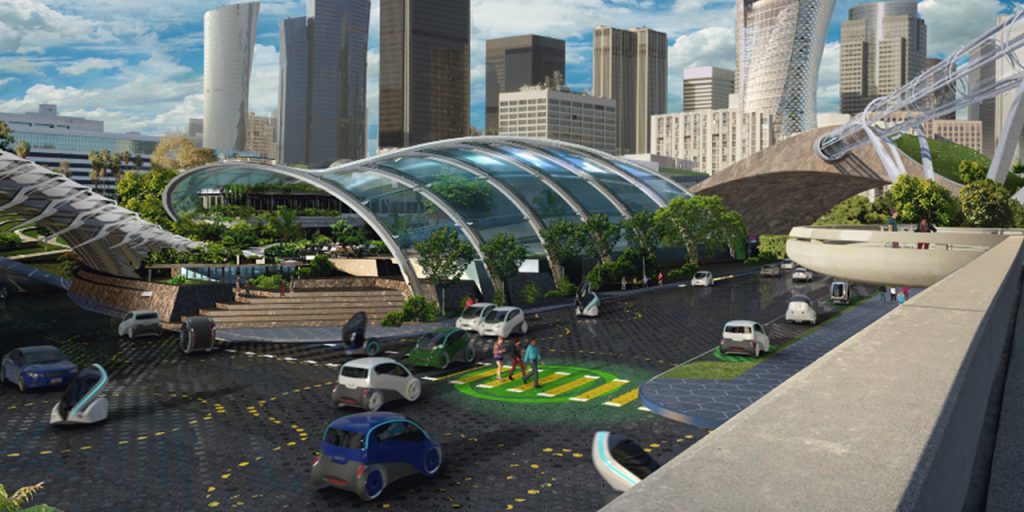 On January 31st, Ford Motor Company hosted a “City of Tomorrow” panel on the 102-story-high observation deck at One World Trade Center, making the case once again for its play to enter the transportation industry by offering mobility services like ride-sharing and crowdsourced shuttles.

The event was, notably, quite close to its brand-new FordHub retail experience center at Westfield World Trade Center Mall – what Ford VP of City Solutions John Kwant calls Ford’s “livingroom,” according to website Curbed. “We know how to service cars, but we don’t yet know how to service the world,” Kwant said before the start of the City of Tomorrow conference.

And that’s perhaps why the automaker’s FordHub space doesn’t sell cars or services; Curbed characterizes the store as an “information center/brand awareness builder/conversation starter.” Ford is still testing the waters, engaging with people, and trying to suss out exactly how to best serve the mobility needs of real people – especially urban-dwellers.

Kwant offers an analogy to describe how the automaker is approaching innovation in the present: there is a red ocean, and a blue ocean. In the red ocean, there is “a lot of chum in the water,” he says, as Ford and other automakers compete for the same retail customers within a limited space. Kwant says it’s better to be in the clear, blue ocean, trying something new and different in a space not so crowded.