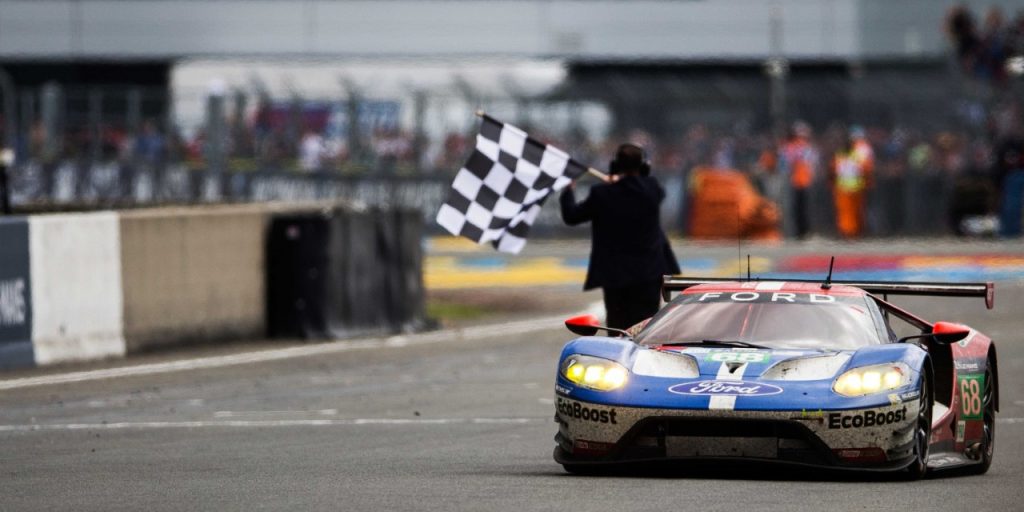 Ford announced today that it had been given the go-ahead by the ACO (Automobile Club de l’Ouest (ACO) to run all four of its Ford GT race cars at the 2017 Le Mans 24 Hours. The automaker ran four GTs last year, as well, which helped facilitate a stunning victory in the GTE-Pro class.

“When we came to Le Mans last year there was a lot of pressure on the team to deliver a win to commemorate the Ford GT40 1-2-3 finish in 1966,” remembers Ford Exeucitve VP of Product Development and CTO Raj Nair. “It was fantastic to win but we will not rest on our laurels. We return to Le Mans in June with another year of experience racing the Ford GT behind us, seven wins including the 2016 Le Mans 24 Hours and the 2017 Rolex 24 at Daytona, and we can’t wait to compete again at this incredible event.”

Most of Ford’s 2016 Le Mans driver lineup remains the same this year. The No. 66 Ford GT will again be driven by Ford WEC-series regulars Stefan Mücke and Olivier Pla, with Billy Johnson rejoining for Le Mans. Piloting the No. 68 Ford GT, and defending their GTE-Pro win from last year, will be IMSA drivers Joey Hand, Dirk Müller, and Sébastien Bourdais. The No. 69 car will again welcome IMSA regulars Ryan Briscoe and Richard Westbrook, with IndyCar racer Scott Dixon again rounding out the three-man team.

Only the No. 67 Ford GT lineup has been altered for 2017, with young Brazilian driver Luis Felipe “Pipo” Derani driving alongside Ford WEC racers Andy Priaulx and Harry Tincknell. The 23-year-old garnered Ford’s attention last year when he won the 24 Hours of Daytona and 12 Hours of Sebring. He will take the spot in car No. 67 once held by Marino Franchitti.

“I am delighted and proud to have been chosen to represent such a successful and respected manufacturer like Ford,” says Derani. “To compete for a team like Ford Chip Ganassi Racing has been one of my aims since starting in racing and to be recognized and selected by them is a big deal for me.”

He continued: “The way that the Ford GT has performed in endurance racing over the last 12 months has been exceptional and I am very much looking forward to working with the team to try and bring more success in the FIA World Endurance Championship and to defend the Le Mans LM GTE Pro title.”