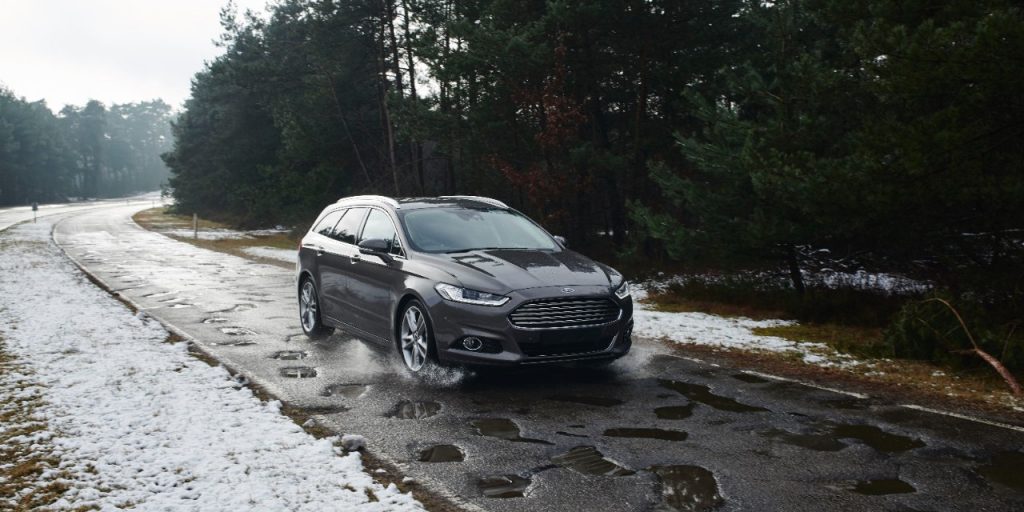 Ford Europe last week revealed that it is researching technology which would enable it to offer a crowdsourced map of any and all potholes in a given area. Testing for the service, which will be able to point out the location and severity of potholes on in-car displays, is slated to start later this year.

The new technology could prove beneficial not just in Europe, but in North America, where many roads have fallen into disrepair (*cough* Michigan *cough*). The North American Ford Fusion V6 Sport already has a feature that scans the road for potholes, stiffening the suspension momentarily to reduce the impact when one is detected, but Ford’s technology could reduce or eliminate drivers’ exposure to damaging holes in the road altogether.

“A virtual pothole map could highlight a new pothole the minute it appears and almost immediately warn other drivers that there is a hazard ahead,” says Ford Europe Advanced Chassis Control Technologies Research Engineer Uwe Hoffmann. “Our cars already feature sensors that detect potholes and now we are looking at taking this to the next level.”

Ford’s pothole-mapping technology will use on-car cameras to detect potential potholes, and embedded modems to report their location and apparent severity to the cloud. From there, any Ford vehicle with an embedded modem could have real-time access to that information.