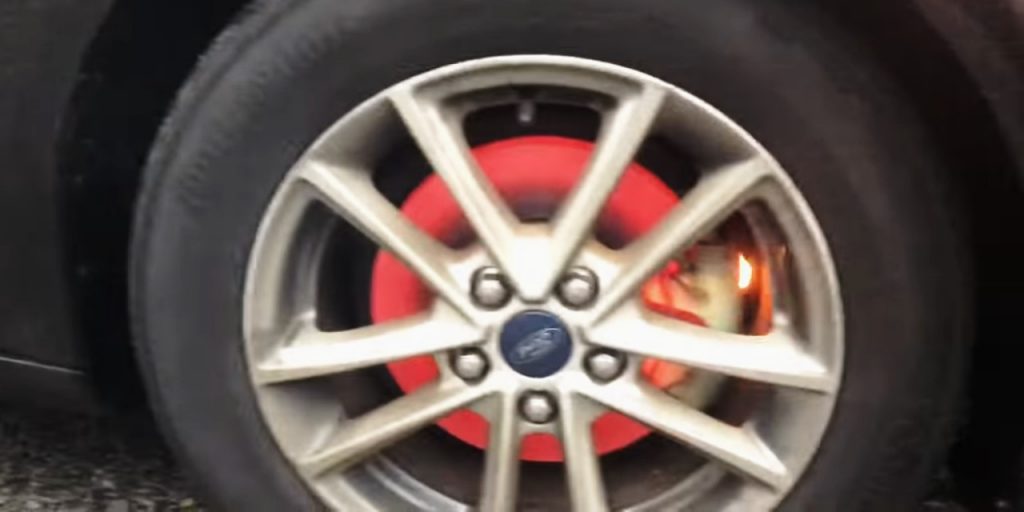 We’ve all by now heard of the consumer complaints regarding Ford’s 6-speed PowerShift dual-clutch transmission, as fitted to the Ford Focus, Ford Fiesta, and other models.

A recent series of videos on YouTube rather elevates our concerns to an entirely new level.

Carscoops shared the clips Wednesday, in which a stressed driver in a late-model Ford Focus continues his commute even as the dash delivers repeated warnings like “Transmission fault. Service now,” and “Transmission overheating. Stop safely.” Over time, the car loses all brake pressure – probably from the constant strain of having to hold the car back while it attempts to surge forth – and by the end, the rotors are glowing red and there are flames coming from one of the calipers. Eep.

By the end of it all, this Ford Focus was reportedly totaled.

We know what you’re thinking, and we agree; the driver absolutely should have found his way to the side of the road while he had the chance. Even still, this video series is disconcerting because, according to the publisher’s comments on YouTube, the car was just “fixed” by the dealer two hours prior to the incident, and really, no car with just 33k miles on the clock should have such issues to begin with. That said, we can’t rule out the possibility that the driver was somehow at fault.

What do you think? Watch the videos above and weigh-in in the comments section below.