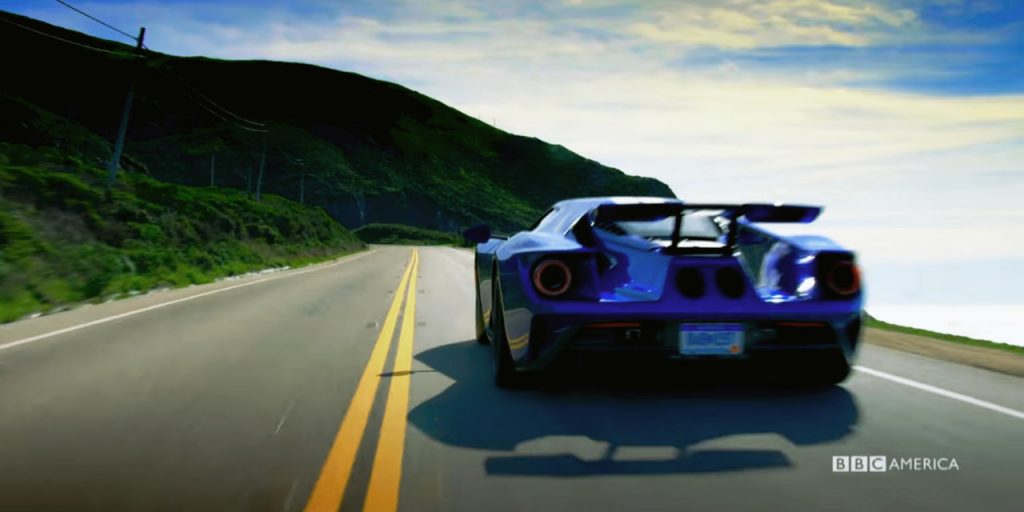 A trailer for a new season of the the BBC’s Top Gear just went live earlier in the day, giving us an advance look at what we can expect when Matt LeBlanc et al. return to the small screen next month.

And wouldn’t you know it: the all-new, 2017 Ford GT supercar is going to be a featured guest in the show’s 24th season. Skip ahead to about the 0:47 mark in the trailer above for the proof. (The new Ford GT is only on the screen for about a second, so be sure not to blink.)

The Ford GT supercar has had previous encounters with Top Gear, of course. Back when Jeremy Clarkson, Richard Hammond, and James May were the show’s hosts, Clarkson actually purchased a 2005 example brand-new from Ford – one of only 28 imported into the country. The alarm system ended up giving Mr. Clarkson so much trouble that he ended up asking for his money back, and surrendering the car back to Ford.

Hopefully, the new Ford GT has no such issues when it ventures to the UK this time around.