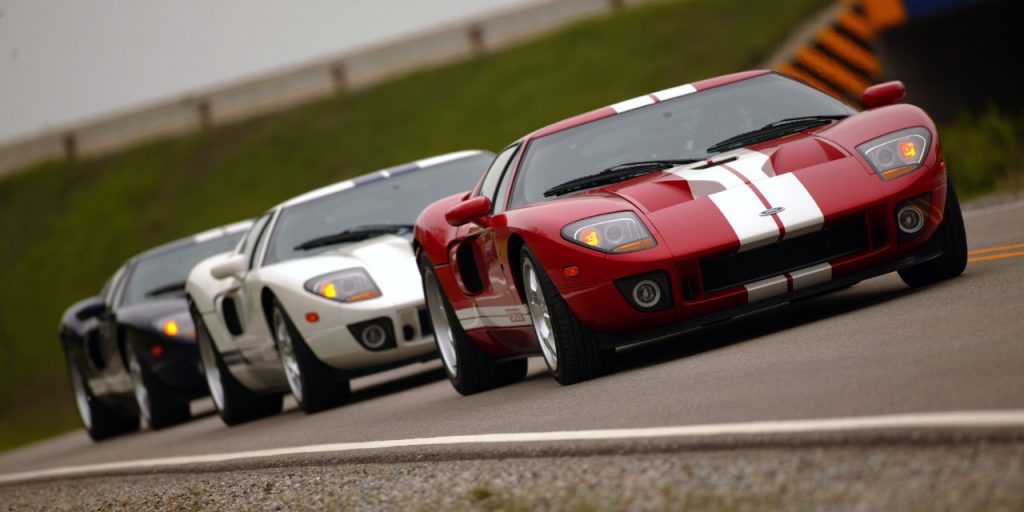 Last week, a Jalopnik reader sent that publication photos of a 2005 or 2006 Ford GT being towed out of a ditch after apparently losing control around a street corner and nailing a pole.

It’s yet another reminder that if there is a god, he cares nothing for the sort of high-horsepower trinkets that we humans idolize. Maybe it’s jealousy.

The crashed Ford GT is black with silver stripes, and its damage seems to be concentrated toward the front drivers side quarter. None of the photos Jalopnik was supplied were taken from a position that really lets us see the point of impact, so we have to use our imaginations a bit. Of course, with a discontinued, exotic supercar such as this, whose value prior to the crash likely would have been well over $200k, any amount of damage is rather too much.

To see the photographs yourself, head on over to Jalopnik. We’ll be here, looking morose, hoping this Ford GT is able to bounce back in the end.