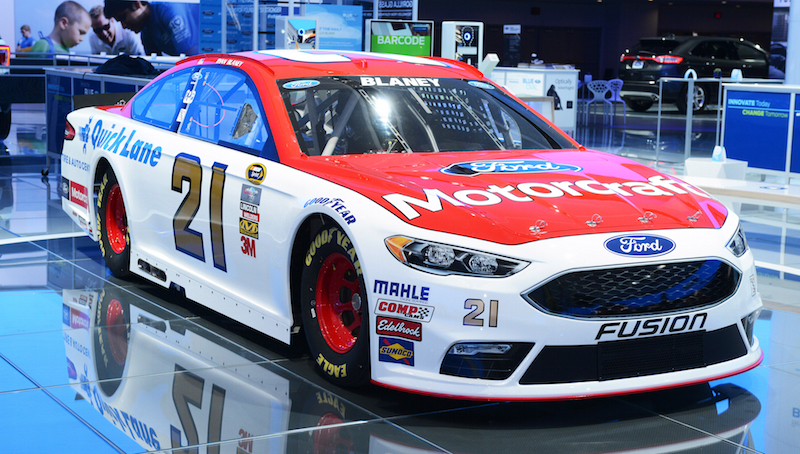 Speaking prior to this past weekend’s Daytona 500, which was won by Stewart-Haas Racing driver Kurt Busch, Nair said he was confident in the brand’s ability to stick it to Chevrolet and Toyota this year. Former Chevy team Stewart-Haas Racing switched to Ford this season, which Nair says should help them be more competitive in 2017.

“Momentum, we’re really looking forward to the weekend,” Nair said last week. “We’ve done a lot of work in the off-season with the teams on the cars, but obviously we’ve got a few more bullets in our gun this year with the addition of Stewart-Haas, Penske, Roush-Fenway, RPM, Wood Brothers, Front Row, we’re feeling pretty good about our chances on track this weekend.”

The Stewart-Haas squad joins the existing Ford teams, which consist of Penske, Roush-Fenway, RPM, Wood Brothers, Front Row, Go FAS Motorsports and TriStar Motorsports. With the addition of Stewart-Haas, Ford has also added a solid driver lineup to its roster that consists of Busch, Kevin Harvick, Clint Bowyer and Danica Patrick. Stewart-Haas co-owner Tony Stewart, who was formerly a dedicated Chevy athelete, said his team is happy about the Ford switch and confident about its chances in 2017.

“Kevin, Kurt, Clint, Danica, they’ve all been really, really happy and pleased with what we’ve got this year,” said Stewart. “The only time we’ve had a new Ford on the track, other than here, was at Phoenix with Kevin and he was real excited about the test, so I feel like we’ve got a lot to look forward to.”

“We’re really excited about our partnership with Ford now and everyone at Ford Performance has done an awesome job of really kind of helping us get caught up and get through the off-season and get up to speed.”

The next race of the 2017 NASCAR Monster Energy Cup Series season, the Folds of Honor QuikTrip 500 from Atlanta Motor Speedway, will kick off on March 5th.