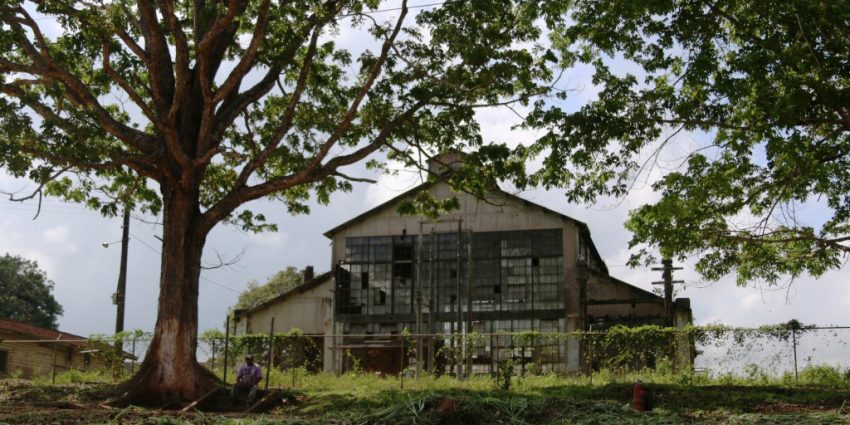 In 1928, Ford Motor Company founder Henry Ford established a town, Fordlândia, deep within the Amazon rainforest in Brazil. It was meant to house workers who could provide the automaker with a steady supply of rubber from Brazil’s Hevea brasiliensis – the rubber tree.

Instead, the town slid into ruin, prompting Ford to surrender the town to the Brazilian government in 1945.

The story is a fascinating one, which was recently explored in detail in a piece by The New York Times. You can read more about it there, but suffice it to say, Henry Ford’s hubris and lack of regard for the advice of those who knew the region better than he contributed to Fordlândia’s collapse. Today, parts of the town still stand – although some structures, including the hospital, have been toppled by plunderers – and many of its 2,000 or so modern inhabitants continue to live in the bungalow-style homes, designed in Michigan, that Ford erected so many years ago.

Part of the problem was with the crop of Hevea brasiliensis that Ford planted for harvest; the company planted “seeds of questionable value,” writes the Times‘ Simon Romero, and didn’t concern itself with the leaf blight that threatened the population. Part of it, too, was the puritanical lifestyle that Henry Ford attempted to enforce upon the workers; alcohol was forbidden, while family-safe American pastimes like square dancing and reading poetry were promoted as alternatives. (Workers would reportedly circumvent the town’s alcohol ban by boarding boats to nearby islands with bars and brothels.)

Oh, and then there was the matter of food. A full-on riot broke out in 1930 after workers decided they’d tired of their daily meals consisting of oatmeal, brown rice, and canned peaches. Wouldn’t you riot, too?

In the end, the story of Fordlândia stands as a reminder of the dangers of grandiosity, and that one can’t simply remake an exotic pocket of the world with his own stubbornly ethnocentric vision without first understanding both the people and the environment. Any attempt to do so is almost sure to end in failure. The extent of Henry Ford’s own close-mindedness is perfectly summarized by the Times, who conclude their retrospective look at Fordlândia with a quote:

“History is bunk,” Henry Ford told the publication in 1921. “What difference does it make how many times the ancient Greeks flew their kites?”