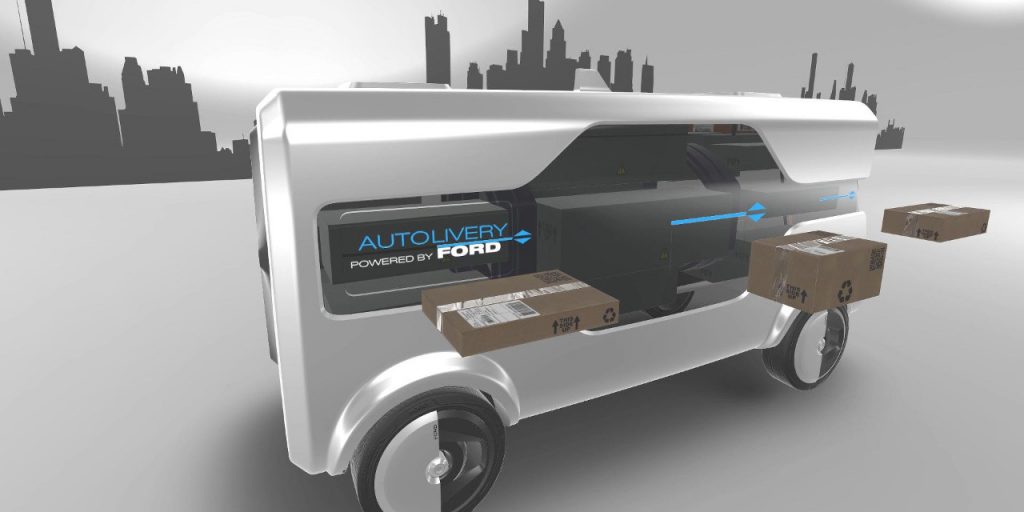 Ford is considering a future in which self-driving delivery vans loaded with autonomous drones could replace human deliverymen and women.

According to Motor1, three Shanghai-based Ford designers – Euishik Bang, James Kuo, and Chelsia Lau – drafted a proposed delivery system dubbed Ford “Autolivery.” The system would utilize an autonomous delivery van to carry packages most of the way for delivery, and onboard, flying drones to transport said packages the last bit of distance to recipients’ doorsteps – up to 49 feet.

The idea was pitched under Ford’s “Last-Mile Mobility Challenge,” which challenged Ford employees worldwide to think of ways that the transport of people and goods in busy urban areas could be made easier by new technologies. “Last mile” in this context refers to the final distance in a commute – for instance, if you drive and park downtown near your office, the distance from the car to the office.

Seeing as it draws entirely on technology either in-development or already in existence, Ford’s “Autolivery” doesn’t seem farfetched in the least. The automaker is working toward putting a fully (SAE Level 4) autonomous vehicle on the road in 2021, and drones have been around for years. In fact, according to Motor1, UPS has already experimented in this area, loading drones onto one of its own delivery trucks and finding that they could carry 10 pound packages for up to 30 minutes.