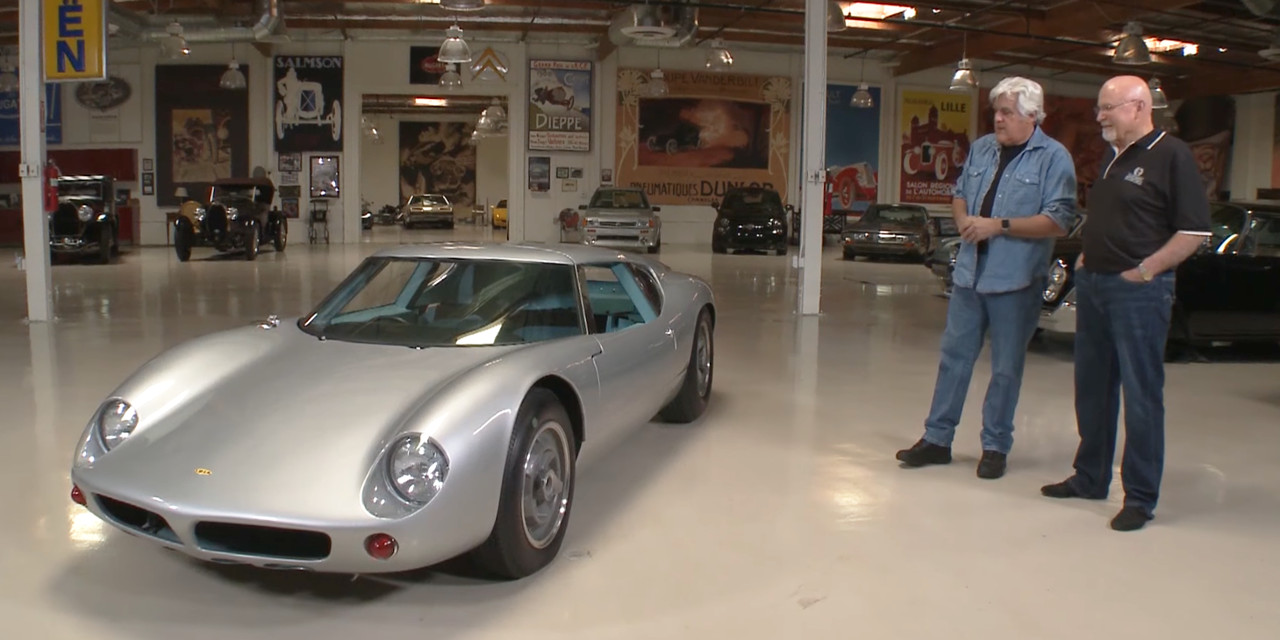 The Lola Mk.6 GT was a Ford 289-powered race car built from 1962 to 1963 by Lola Cars of Great Britain, notable both for its status as the first grand touring car with a large V8 mounted in the middle of the chassis, and for its monocoque design, which came about at a time when just about everyone else was using space frame chassis.

Even more auspicious, however, is that the Lola Mk.6 directly led to the legendary Ford GT40 that won the 24 Hours of Le Mans endurance race four consecutive years from 1966 through 1969.

In the latest episode of Jay Leno’s Garage, a newly-restored, 1963 Lola Mk.6 stops by with its owner: former Shelby employee and racing driver Allen Grant. Mr. Grant has had the Lola since 1965, when he purchased it for $3,000 – about $23,000 in today’s money. At the time, it didn’t have an engine or a transmission.

Needless to say, it now has both, and it almost certainly wouldn’t fail to pull in millions of dollars at auction. It is, after all, one of only three ever built, and a stunning historic car in its own right – even if it does stand mostly in the Ford GT40’s colossal shadow.