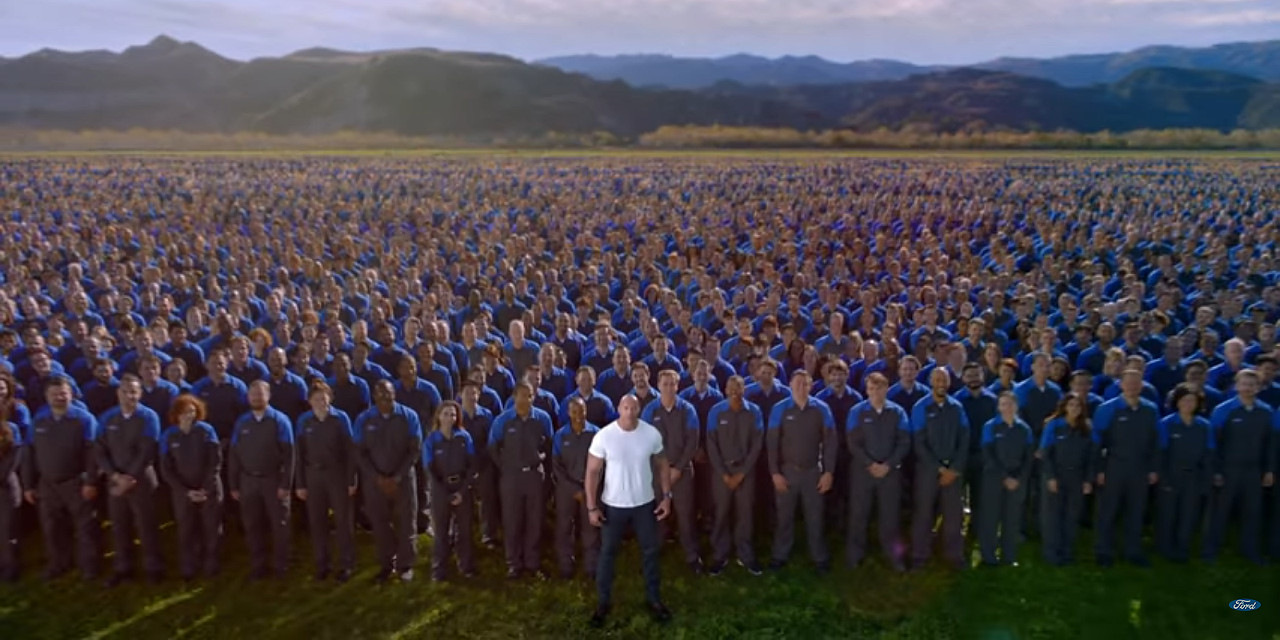 Whether purposefully or by accident, Dwayne “The Rock” Johnson may have just leaked a forthcoming Ford Mustang “Bullitt” being designed as we speak by the Blue Oval.

In 2001, and again in 2008/’09, Ford released limited-edition “Bullitt” Mustang models based on the iconic, dark green pony car driven by Steve McQueen in the 1968 film Bullitt. The original was the subject of one of the greatest big-screen car chases of all time, in which McQueen, playing San Francisco Police Dept. Lieutenant Frank Bullitt, uses the car to chase down the baddies in a black Dodge Charger.

Note that there’s no such thing as a Bullitt-edition Charger. Because crime doesn’t pay.

Regardless, Dwayne Johnson’s production company, Seven Buck Productions, recently published a video giving a behind-the-scenes look at the making of his recent Ford Service commercial. And one eagle-eyed member of website Mustang6G happened to notice something rather juicy in the background of one of the shots: a board covered in design sketches for a dark green Ford Mustang with dark wheels, and a crosshair-style badge like that worn by previous Bullitt Mustangs. The shot in-question starts at about the 3:06 mark. If the Mustang6G community is correct, then Ford may release a limited-edition Mustang Bullitt based on the current-generation pony car. The 2008-’09 model featured a stiffer and lower suspension, cold-air intake, revised exhaust, shorter and heavier rear axle, and even a higher engine redline. Upgrades to any new Ford Mustang Bullitt could be in the same vein.