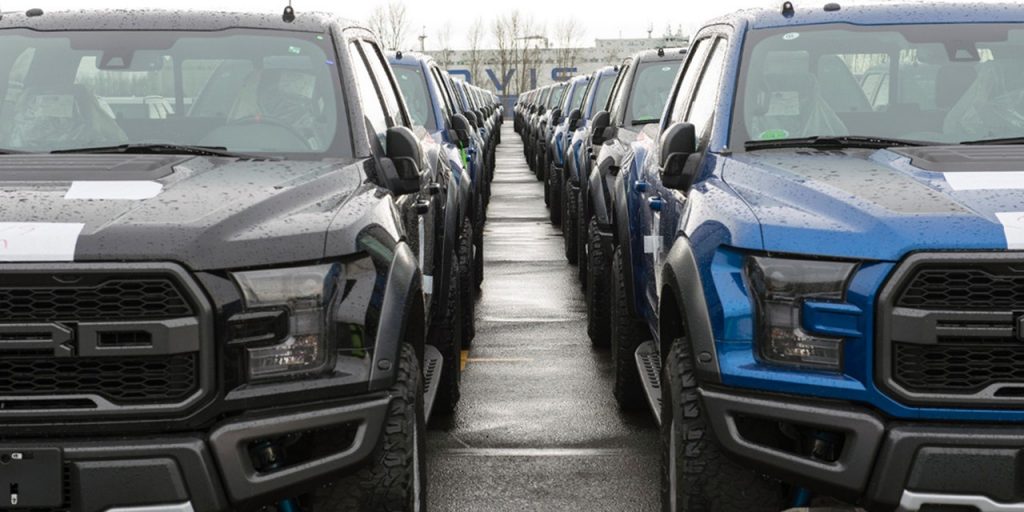 The first shipment of all-new, 2017 Ford F-150 Raptor pickups headed for sale in China has set off, signifying the first time that any Ford F-Series model has been officially exported to the market.

The Chinese market won’t receive the extended-cab model that we get here in the US – only the four-door “SuperCrew.” Otherwise, China’s F-150 Raptor is essentially the same as the US-market version, right down to the aluminum-alloy body, high-strength steel frame, 10-speed automatic transmission, and 450-horsepower/510-lb-ft twin-turbocharged V6. As a matter of course, it’s build alongside the US-spec F-150 Raptor (and non-Raptor) at Ford’s Dearborn Truck Plant.

“Raptor’s unique looks and capability have generated amazing buzz at every auto show we’ve brought it to around China,” says Ford Asia Pacific President David Schoch. “F-150 Raptor is another example of our commitment to offer a wide range of vehicles for customers in China – everything from SUVs to high-performance cars and trucks.”

Ford Europe Sets Record For Most Mustangs In One Place: Video

Ford Performance Sets Up Shop At Gamescom 2017 In Germany