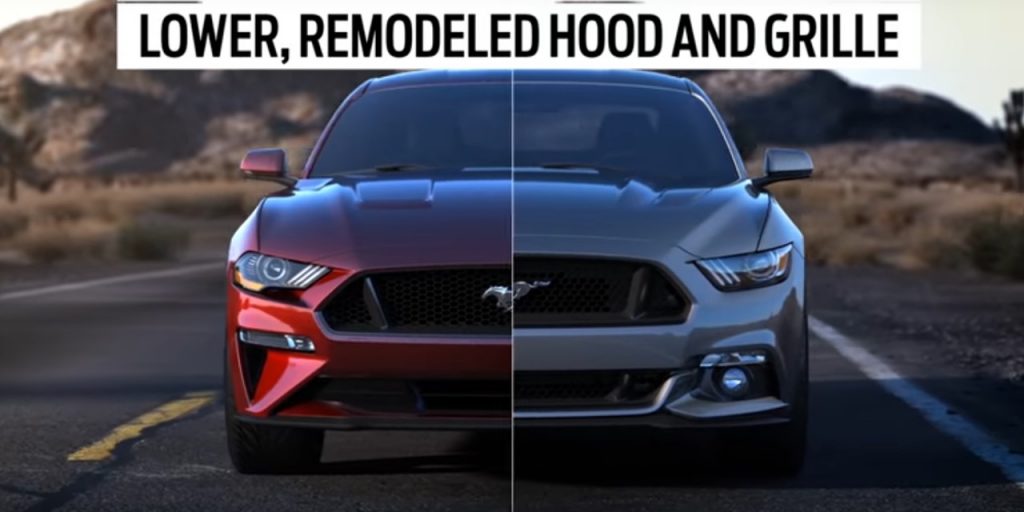 When we discovered the leaked video that gave us our first look at the 2018 Ford Mustang mid-cycle refresh, we were… shall we say unimpressed?

Okay, it looked hideous. But thankfully, it seems as though our perception of the new Mustang was simply tainted by how that video was shot, or by the unsightly green tint that afflicted parts of the image, or perhaps by some other factor that we can’t quite put our finger on, because when Ford later came along and released official still images of the refreshed pony car, it looked far, far better to our eyes.

Now, a new video from Ford is giving us a finer look at some of the less-obvious design differences between the outgoing 2017 Mustang, and the incoming 2018 model. Using computer-generated models of both cars, Ford has constructed a side-by-side comparison that lets us see, for instance, just how much lower the new hood really is, and how the sculpture in and around the headlights has changed between then and now. Most of the differences are indeed concentrated up front, but the video also takes us around back to appreciate the Mustang’s new taillights and subtly-tweaked rear end.