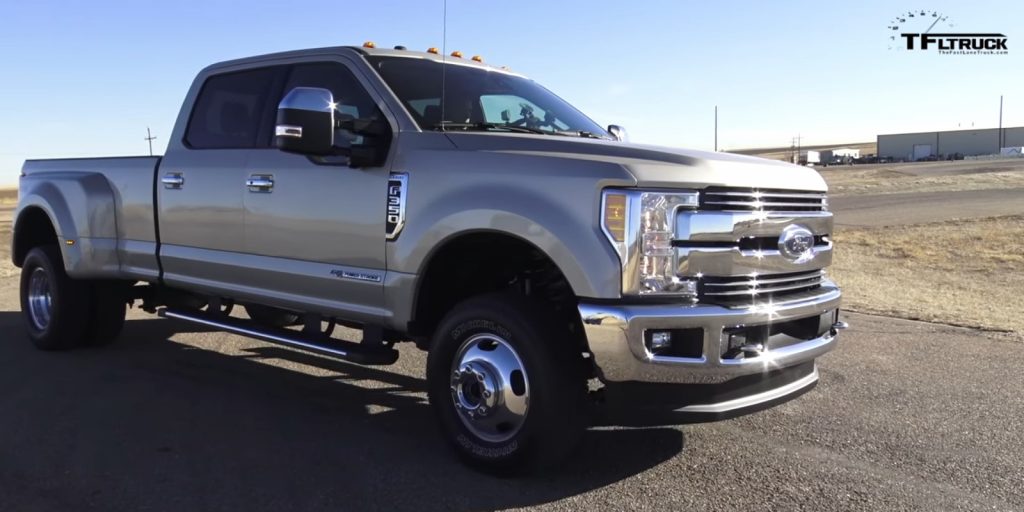 The 6.7-liter Power Stroke diesel V8 available in the all-new, 2017 Ford F-Series Super Duty is a heck of a powerplant, offering a best-in-class torque rating of 925 lb-ft with 440 horsepower.

To get a handle on just how much better the new mill is compared to the 6.2-liter Power Stroke of yesteryear, The Fast Lane Truck decided to do some 0-to-60-mph testing with a diesel-equipped 2017 Ford F-350 4×4 SuperCrew with dual rear wheels. They also tested a Chevrolet 3500 HD and a Ram 3500 HD, each with its respective diesel engine, all at an altitude of around one mile above sea level. (Engine power generally decreases as altitude increases, due to the lower atmospheric pressure; all three trucks would almost certainly be quicker if tested closer to the ground.)

The results were pretty dramatic: the 2017 Ford F-350 is the quickest dually TFLTruck has ever tested at a mile above sea level, according to Andre Smirnov, managing an 8.02-second sprint to 60 mph despite the thin air. By contrast, the Chevrolet posted a 0-to-60 acceleration time of 8.74 seconds, while the Ram only managed a 10.19-second time.