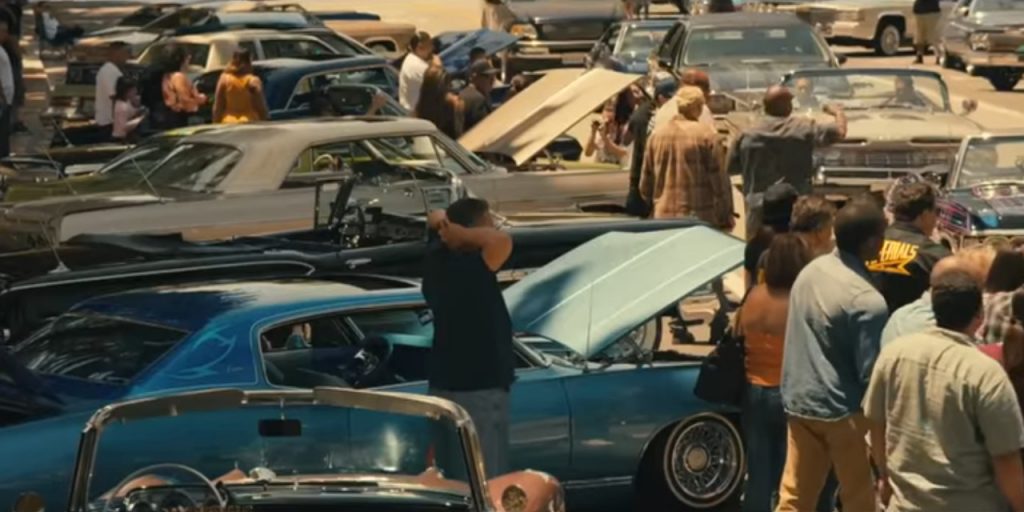 Slated for theatrical release this May, a new drama film titled “Lowriders” promises to give audiences a glimpse into the bold, Latino-American car culture of the lowrider – a movement whose motto is “low and slow.”

Lowrider culture was born in Southern California shortly after the end of World War II, as a distinctly Mexican-American trend that saw participants lower their cars beyond what was practical, and often paint them with colorful designs. Hydraulic suspension systems became an important part of the scene later on in its development, as did the sort of bouncing and dancing that the systems enabled.

From what we can gather from the trailer, Lowriders focuses on one family living in Los Angeles at the height of the lowrider scene. A rift in the family emerges when the son, an aspiring graffiti artist, has no interest in building a car with his father, finding spray-painting buildings to be a much more suitable outlet of creative expression. If we had to hazard a guess, we’d say that by the end, cars end up bringing the father and son back together again.

After all, the movie is called “Lowriders,” and not “Spray Cans.”

Check out the official Lowriders trailer above.