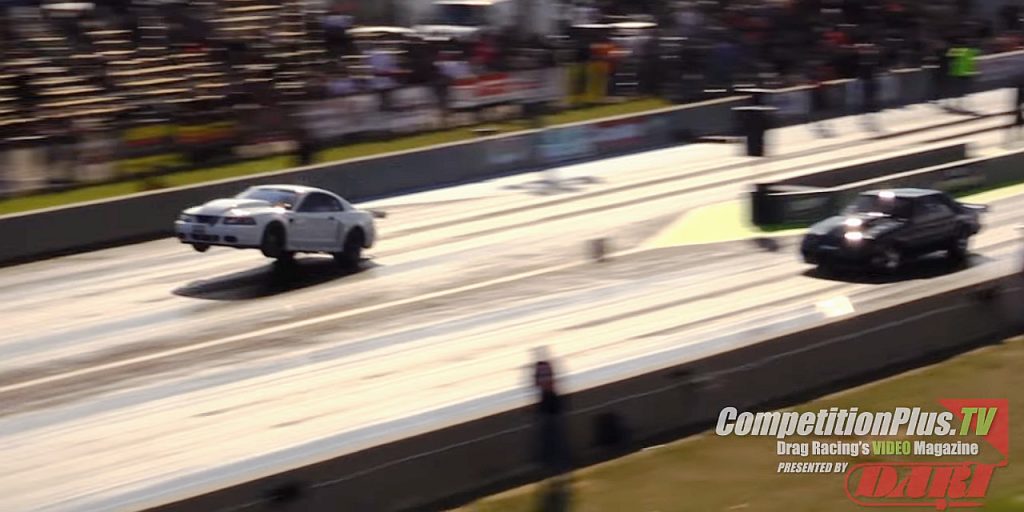 Anyone who thinks wheelies are only for motorbikes clearly doesn’t watch enough drag racing.

On that note, check out the video above, to which we were alerted by the folks over at Jalopnik earlier today. In it, an SN-95 and a Fox-body Ford Mustang go head-to-head on the drag strip at Lights Out 8, hosted last week at South Georgia Motorsports Park. It’s all pretty straight forward – except for the part where the newer of the two Mustang drag cars lifts off, and powers through pretty much the entire quarter-mile on its rear wheels.

That hardly seems like a safe – or winning – strategy. But then, the car did make it down the drag strip intact, crossing the trap well ahead of its Fox-body rival, so there’s that.

Be sure to watch the clip above to see this “New Edge” Ford Mustang speed down the drag strip on its hind wheels.