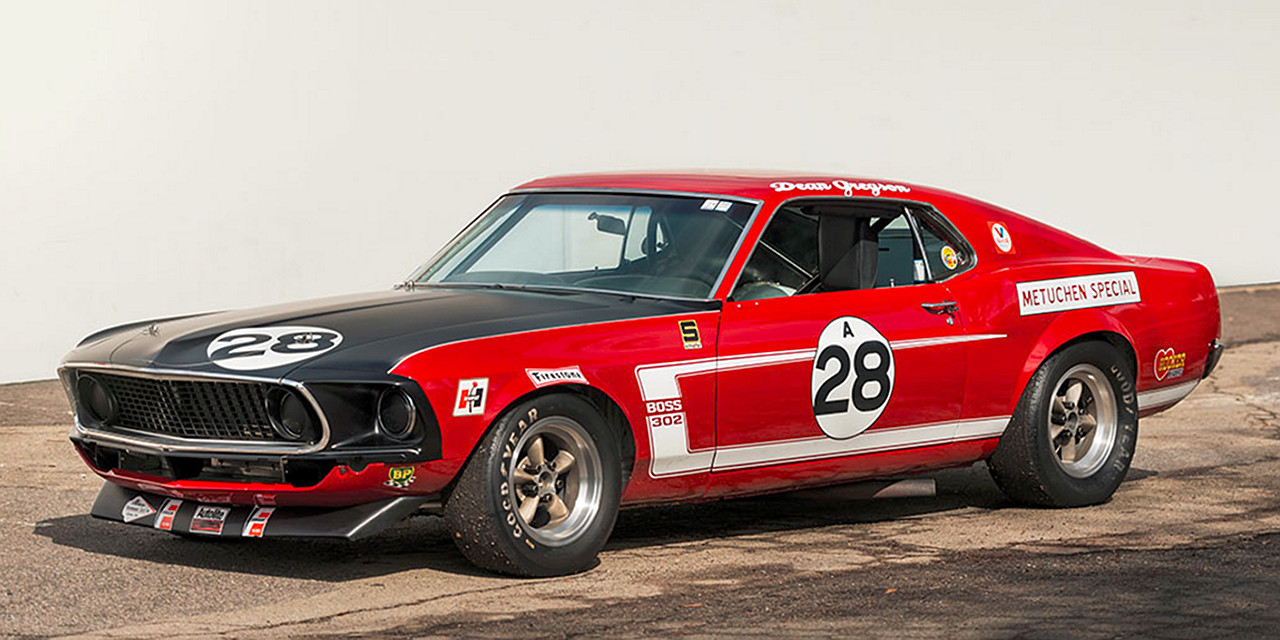 A 1969 Tasca-Ford Boss 302 Mustang Trans Am race car was just auctioned off at RM Sotheby’s Amelia Island classic car auction, held concurrently with the Amelia Island Concours d’Elegance. The car is known in some circles as the “Metuchen Special.”

Why that name? Perhaps it’s because the assembly line at Ford’s Metuchen (a.k.a. “Edison”) Assembly Plant in New Jersey was literally stopped so that the red, 1969 Boss 302 could be built for Tasca Racing. The car shipped with no serial number, and was fitted with Ford’s high-performance, 302-cubic-inch Boss V8, a Toploader 4-speed manual, 9-inch Detroit Locker rear end, and oversized Lincoln disc brakes, according to RM Sotheby’s. The livery it wears today is identical to the one it sported when it competed in the 1969 Trans Am racing series, with Dean Gregson at the wheel.

This Tasca-Ford Boss 302 Mustang Trans Am racer is remarkably original, despite having changed hands several times since its retirement. After some decades out of the public eye, it started running in historic Trans Am racing events just last year, fed by a pair of four-barrel Holley Dominator carbs that help the Boss 302 V8 create an estimated 500 horsepower. We hope its new owner will be so kind as to take it out every once in a while.

For more photos and info on this 1969 Tasca-Ford Boss 302 Trans Am car, see the original listing on the RM Sotheby’s website.