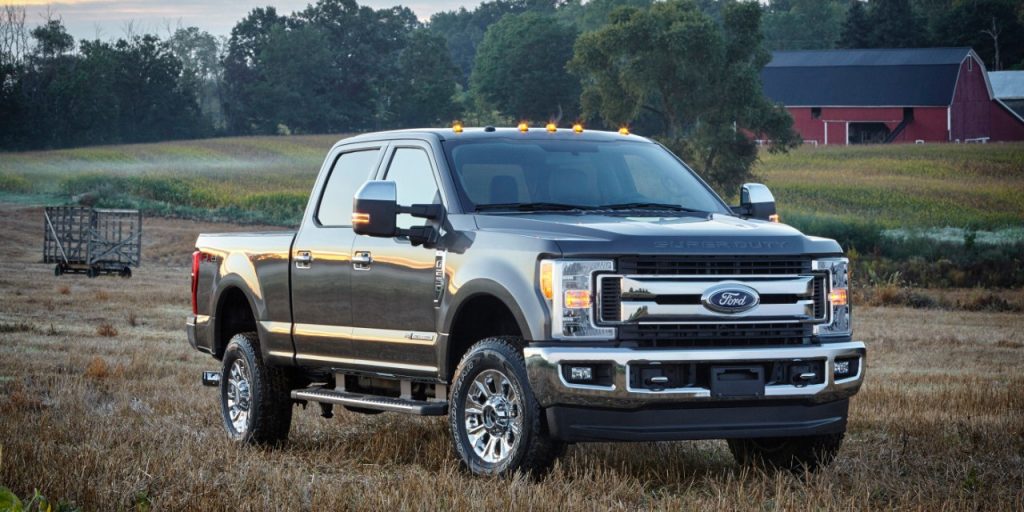 Website PickupTrucks.com, part of Cars.com, just named the all-new, 2017 Ford F-250 Super Duty the “best 3/4-ton work truck for 2017,” after it handily demonstrated its worth in a series of empirical tests and garnered the praise of the website’s staff.

Granted, the Ford F-250 didn’t quite actually win the empirical testing portion of the comparison, where it was tested against the 2017 Nissan Titan XD, 2017 Chevrolet Silverado 2500HD, and 2017 Ram 2500 Tradesman. It came in second to the Ram by all of 9 points: 1,260 to 1,251. The tests observed measurable things like acceleration, braking, dynamometer output, fuel economy, and towing/hauling numbers.

But despite the Ford F-250 Super Duty’s slim loss to the Ram, it won the comparison test by virtue of its ability to woo the five PickupTrucks.com judges. In particular, they were impressed with its “striking” new cabin layout, quality interior materials, acceleration and braking feel, and, you know, things that actually matter a great deal on the job: plentiful storage spaces, more abundant tie-downs and lighting fixtures than the competition, and an impressive load capacity.

For more on the Ford F-250 Super Duty and the 3/4-ton work trucks it bested, check out the full comparison test at PickupTrucks.com.