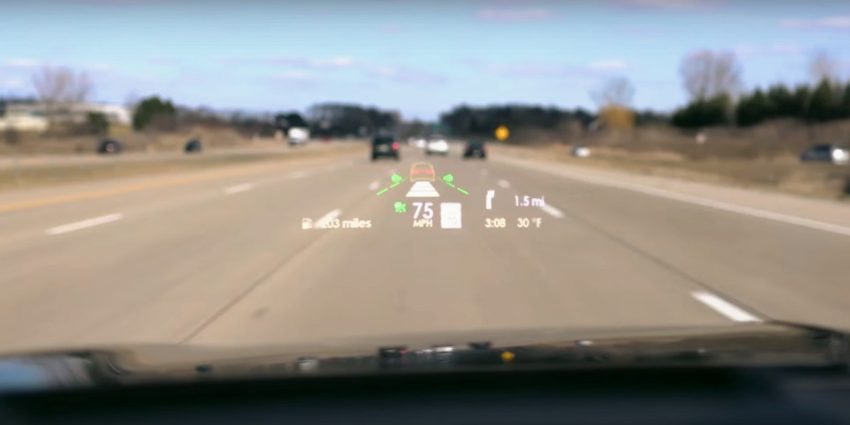 The all-new, 2017 Lincoln Continental sedan is debuting its new Head-Up Display (HUD), which can project relevant information onto the windshield so that the driver needn’t peel his or here eyes from the road to get it.

The Lincoln Continental HUD is customizable, and in addition to the usual vehicle speed readout, the system can also be configured to display things like fuel range, time, temperature, driver-assist info, navigation directions, and incoming calls to a connected smartphone. It’s exclusive to Lincoln, and according to the automaker, uses “the same technology as digital movie theaters” for a clear display.

Head-Up Displays have gained popularity over recent years as automakers search for solutions to the problem of driver distraction. Some suppliers are even looking ahead to what will likely be the next stage in the HUD’s evolution: augmented reality. Here, generated elements could be laid over real-world objects by the HUD in real time, so that rather than, say, an arrow telling the driver to take the upcoming exit off the interstate, the exit could actually be highlighted, making deciphering the direction just that much immediate.

But that’s still likely well in the future. For more on the 2017 Lincoln Continental’s new HUD, watch the video above.