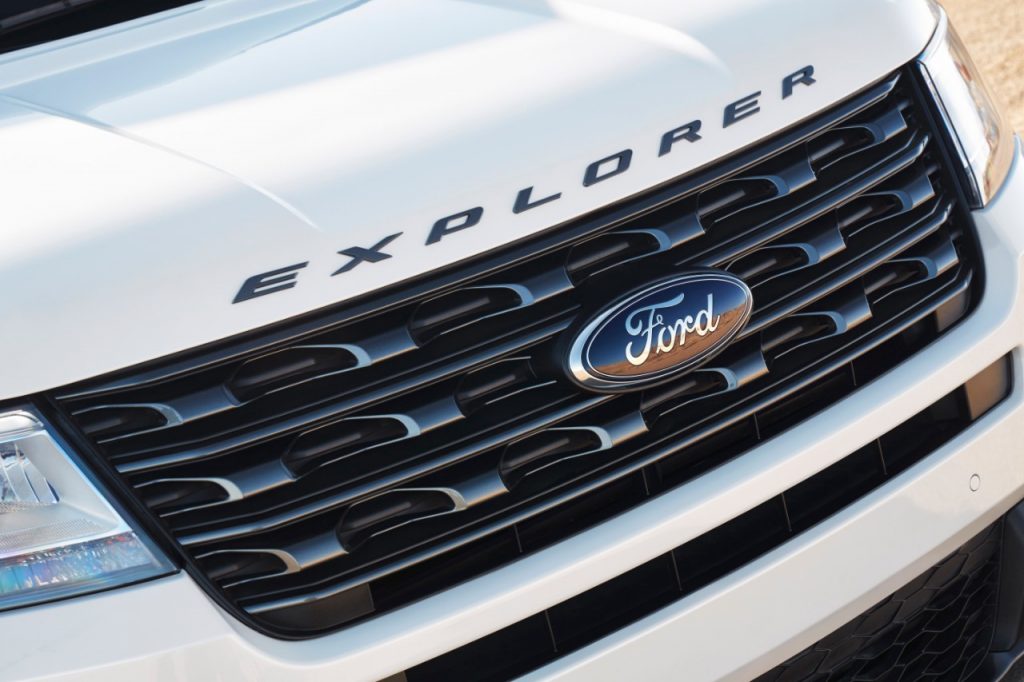 A prototype of the upcoming, 2019 Ford Explorer crossover has been spotted in a public place, wearing camouflage from head to toe. You can view a gallery of still photos over at Motor Authority.

The all-new, sixth-generation Ford Explorer will again utilize unibody construction and front-wheel drive, with all-wheel drive available as an option. Motor Authority says it will be based on a new transverse vehicle platform codenamed “D6,” and will likely receive the new GM-Ford 9-speed automatic transmission, with both four- and six-cylinder EcoBoost engine options. It’s anyone’s guess whether it will continue to offer Ford’s normally-aspirated, 3.5-liter Cyclone V6.

In contrast to other crossovers, the Ford Explorer kept a rather square, traditional-SUV appearance when it switched from body-on-frame to unibody construction for the 2011 model year. While it’s hard to make out any details on the spied sixth-generation prototype, it appears to have been designed in the same general spirit, maintaining a big, boxy shape that belies its car-based structure. The beltline and rear-hatch rake look approximately the same as today’s CUV, as well.

Perhaps most interesting of all is the prospect that the Ford Explorer might switch from a steel to an aluminum body for 2019. Just as likely is that an electric-hybrid model will join the lineup, furthering Ford’s goals of putting 12 new electrified vehicles on the road by 2020.

Be sure to stop by the Motor Authority website to see the spy shots of the new, 2019 Ford Explorer crossover.