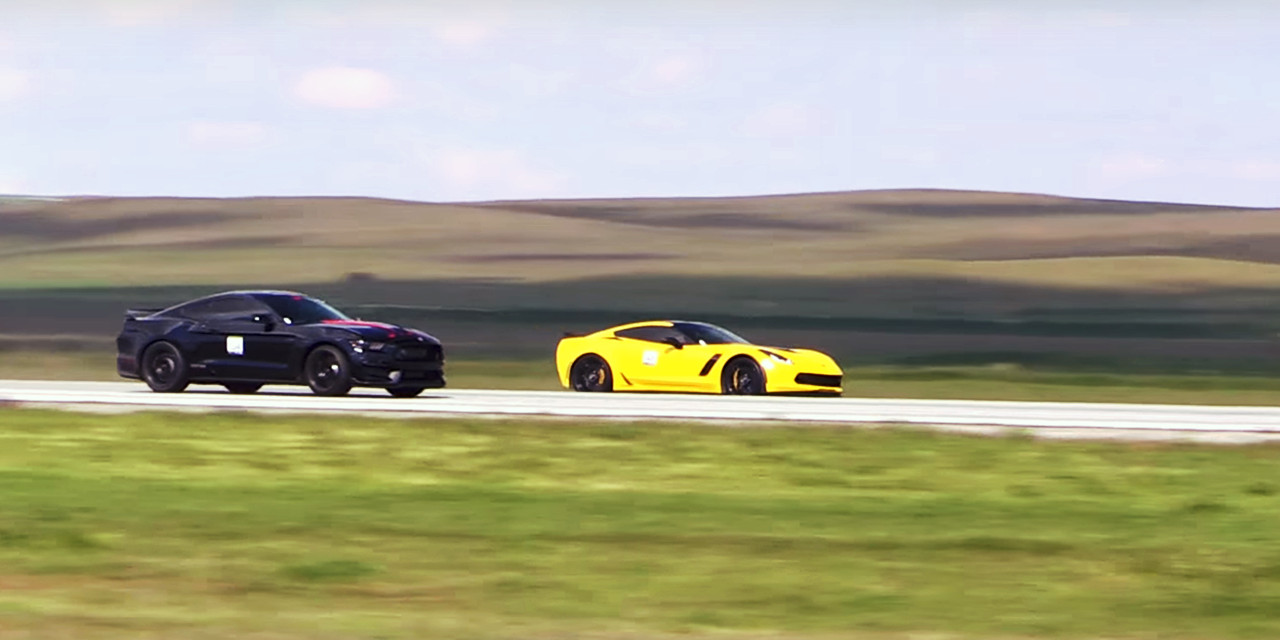 The present day is, objectively speaking, a very, very good time to be a horsepower enthusiast.

Take, for instance, the 526-horsepower Ford Shelby GT350 Mustang: the most advanced production Mustang ever built, with mountains of performance and sophistication that could be yours for just over $57,000 (although good luck actually finding one at that price). Or, if you’re more of a bowtie man, consider the Chevrolet Corvette Z06, which offers 640 horsepower and an MSRP of $80,445 before destination.

Of course, the two aren’t really direct competitors, and all things being equal, we’d imagine the Corvette Z06 would slay the mighty Shelby GT350 in a straight line. However, as you’ll see in the video above, give the Shelby a decent blower (in this case, a centrifugal Procharger unit) and it becomes more than a match for the Z06 on the drag strip.

According to the video’s description, this Shelby GT350 Mustang is the world’s first F1a-Procharged example, and it puts some 923 horsepower down at the wheels on E85. So, to see what a 923-rwhp Mustang looks like trying to outgun a (presumably-stock) Corvette Z06, check out the video above from BayAreaRacing.