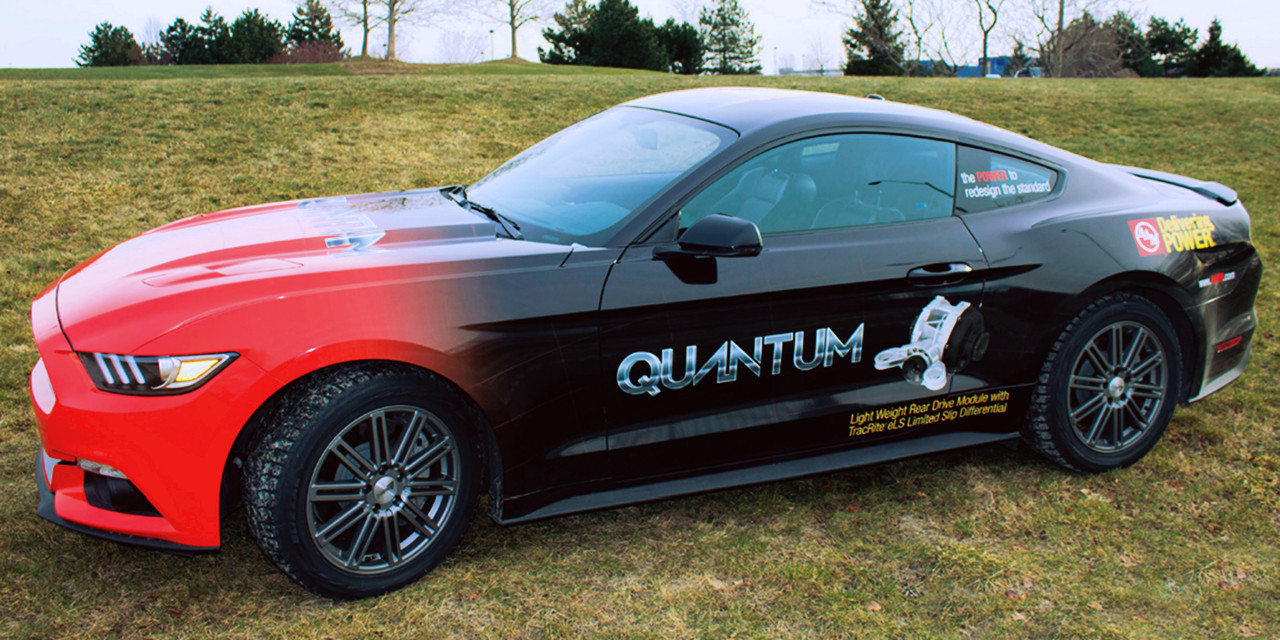 Earlier, we took a look at the new Quantum axle design from American Axle & Manufacturing (AAM), which we experienced firsthand on a 2016 Ford Mustang GT on the roads around AAM’s headquarters in Hamtramck, Michigan. For that story, click here.

But in addition to the new Quantum axle, AAM fitted the aforementioned Mustang with another nifty bit of its own technology: a TracRite eLS electronic limited-slip differential. The well-policed public roads of Hamtramck didn’t give us the opportunity to really test what this high-tech diff can do, but in theory, at least, it’s quite impressive.

First, it’s important to note that the term “electronic limited-slip differential” can refer to a system whereby the vehicle is able to apply the brakes on the driven wheels independently of one another to send power to the opposite wheel. The American Axle & Manufacturing TracRite eLS is not such a system, but rather a genuine limited-slip differential which uses small electric motors to actuate wet clutches at each output shaft.

More importantly, where mechanical limited-slip differentials fly blind, the electric motors in AAM’s eLS system are controlled by an intelligent onboard computer, meaning precise, continuous control of the differential, informed by a range of different signals and driver preferences. The Ford Mustang GT we drove had a very non-production LCD screen on the dash for AAM’s engineers to use, which had options for a “Normal”, “Sport”, and “Rain/Snow” mode; we can imagine a great many additional modes that could come in handy on a production version.

Without getting too far into the weeds on the particulars, the AAM TracRite eLS can do quite a lot for chassis dynamics, like engaging preemptively for a better launch, precisely damping yaw to control oversteer, and providing traction on split-friction driving surfaces in a more measured way than any “dumb” LSD. Its wet clutches and electronic control mean that it can engage smoothly and gradually, from zero percent all the way up to full engagement.

Computer control may well be the future of the automotive differential, and AAM’s TracRite eLS provides a compelling argument for why that mightn’t be such a bad thing. As to whether we’ll ever see it replacing the Torsen differential in the Ford Mustang GT Performance Pack, that remains to be seen.