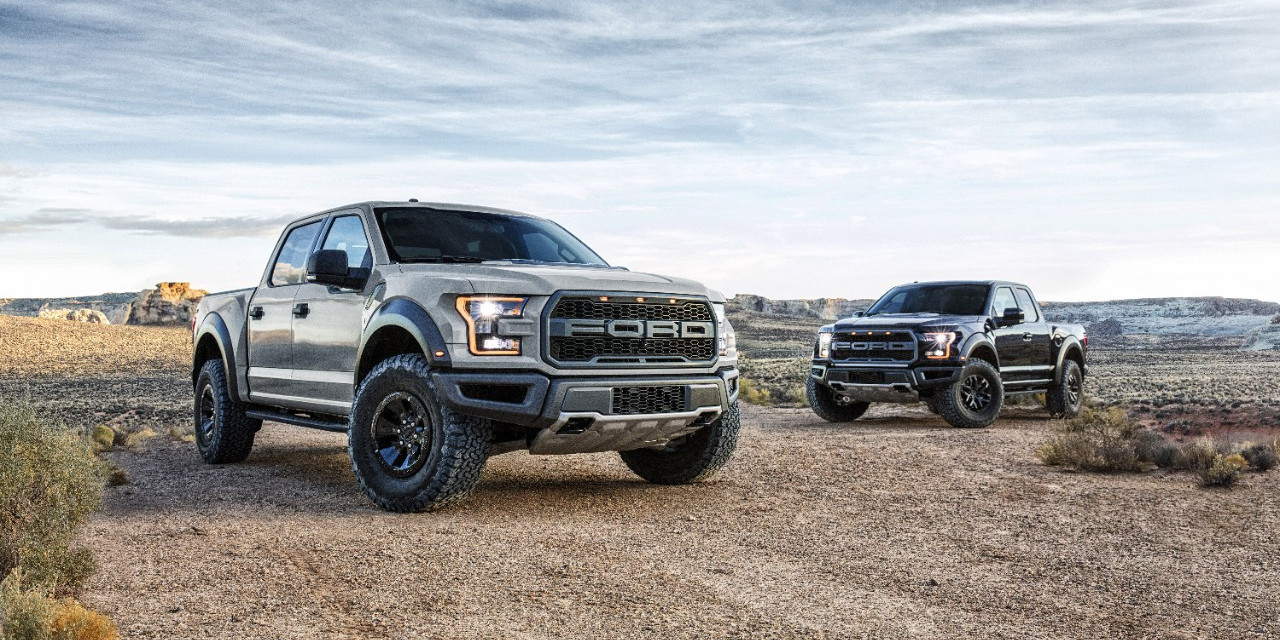 The all-new, 2017 Ford F-150 Raptor has been honored with yet another award from an independent publication, receiving a place on Autotrader’s “Must Test Drive” list for 2017. Other recipients this year included the Porsche 718 Cayman, Jaguar F-Pace, and all-new Lincoln Continental.

“For all the awards and accolades owners and the media have bestowed upon the all-new F-150 Raptor, the only way to truly understand how incredible this truck has become is to get to a Ford dealer and get behind the wheel,” says Ford Truck Group Marketing Manager Todd Eckert.

The new F-150 Raptor deviates substantially from the recipe followed by its SVT-badged predecessor in that it was developed from the ground-up to be a high-performance off-road truck, even getting its own, bespoke boxed frame. Its 3.5-liter EcoBoost V6 may be puny compared to the Super Duty-sourced 6.2L V8 used in the 2014 model, but the smaller engine punches well above its weight with 450 horsepower and 510 lb-ft of torque.

The new F-150 Raptor’s FOX shock absorbers, developed jointly by Ford Performance and FOX, are 44-percent larger than those on its predecessor, too, with 3-inch-diameter canisters replacing the old 2.5-inch-wide ones, and its second-gen BF Goodrich All-Terrain T/A KO2 tires were designed exclusively for it.

“You might be surprised to see an enthusiast-oriented off-roader truck on this year’s Must Test Drive list instead of a standard pickup model,” wrote Autotrader about the selection. “But it’s hard to ignore how good the 2017 Ford F-150 Raptor really is for its audience.”