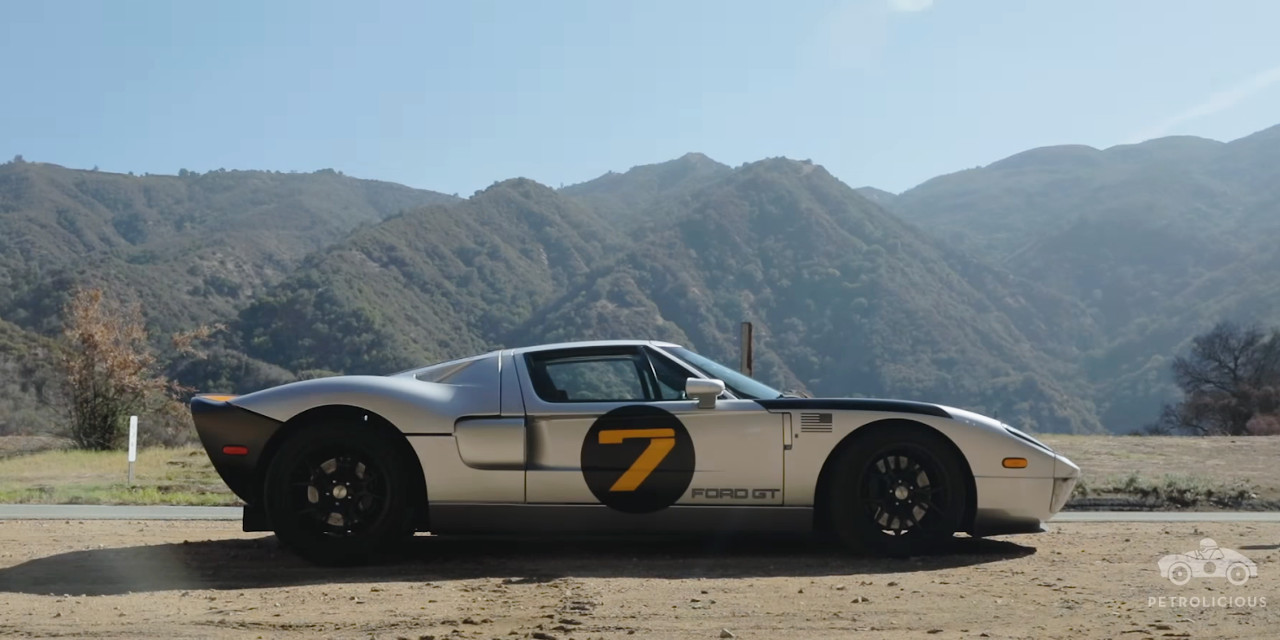 We wonder what late US Supreme Court Justice Potter Stewart, who once famously said of pornography, “I know it when I see it,” might say about Petrolicious‘ rich, glamorous car visuals.

Petrolicious‘ breathtakingly sexy quality is on full display in their latest piece, which profiles legendary automotive designer Camilo Pardo and his first-generation Ford GT – a car that he helped design. The visuals, as always, are stunning.

The first-generation Ford GT, produced from 2005 to 2006, was very much a retro modern take on the design of the original GT40 of the 1960s. It utilized the same rear-mid-engine, rear-wheel-drive layout of that car, although its powerplant was a modern 5.4-liter V8 with dual overhead cams per bank, fed air by a twin-screw supercharger. Peak output for the Ford GT was rated at 550 horsepower and 500 lb-ft from the factory – good enough for a 3.5-second sprint to 60 mph from rest (according to Car and Driver).

Today, of course, there’s a new Ford GT in town – one that seems to be snatching up all the headlines. But lest we forget its groundbreaking predecessor, Petrolicious‘ latest luscious video is here to remind us all. See Camilo Pardo’s uniquely-dressed Ford GT in the video above.