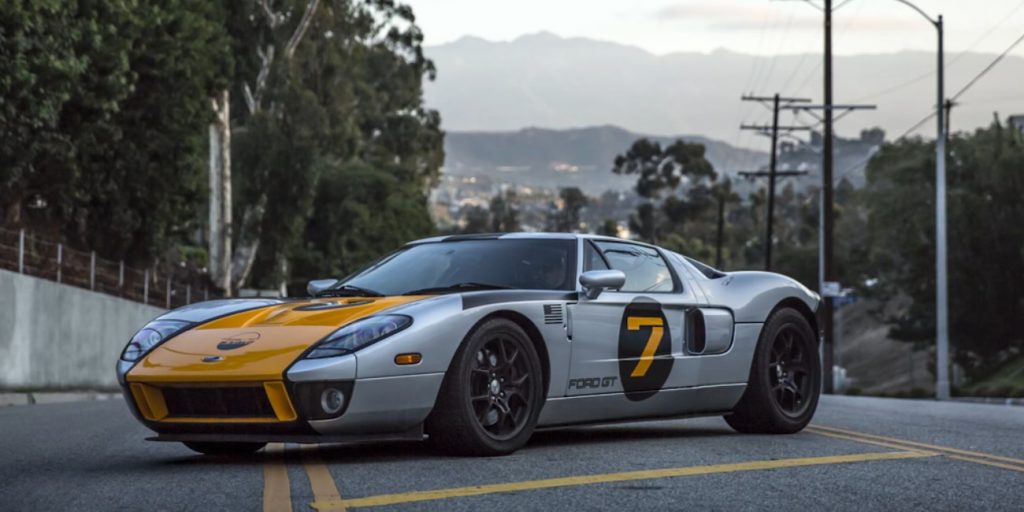 Ace designer Camilo Pardo, who led the design of the 2005-’06 Ford GT supercar, is selling his own, thoroughly-customized example. It’s one of just seven “Signature Series” models the designer created, dubbed “Solar 7,” and it possesses a breathtaking beauty. You can see it in motion in a recent video from Petrolicious.

Solar 7 features a singular, broad orange stripe that stretches from the front fascia down the clamshell, where it spills into the orange rear fascia. It’s rendered over a custom silver backdrop, with bits of matte black to separate the two colors. On the doors, matte-black circles encapsulate orange No. 7 graphics. The wheels, which are factory-optioned split five-spoke units, have been painted semi-matte black to match the black body components.

But perhaps most importantly, the C-pillars on this 2005 Ford GT wear the signatures of Peter Brock, David Hobbs, Bob Bondurant, and Dan Gurney, giving this example a unique link with racing history. The supercharged, 5.4-liter V8 engine has been given a tune and a new supercharger pulley, resulting in 100 extra peak horsepower (650 horsepower total).

If you happen to have $320,000 lying about that you wouldn’t mind dropping on a very special, beautifully-modified Ford GT, we highly recommend pursuing this one. For an abundance of high-quality photos and additional information, check out the writeup of Camilo Pardo’s Ford GT “Solar 7” over at Petrolicious.