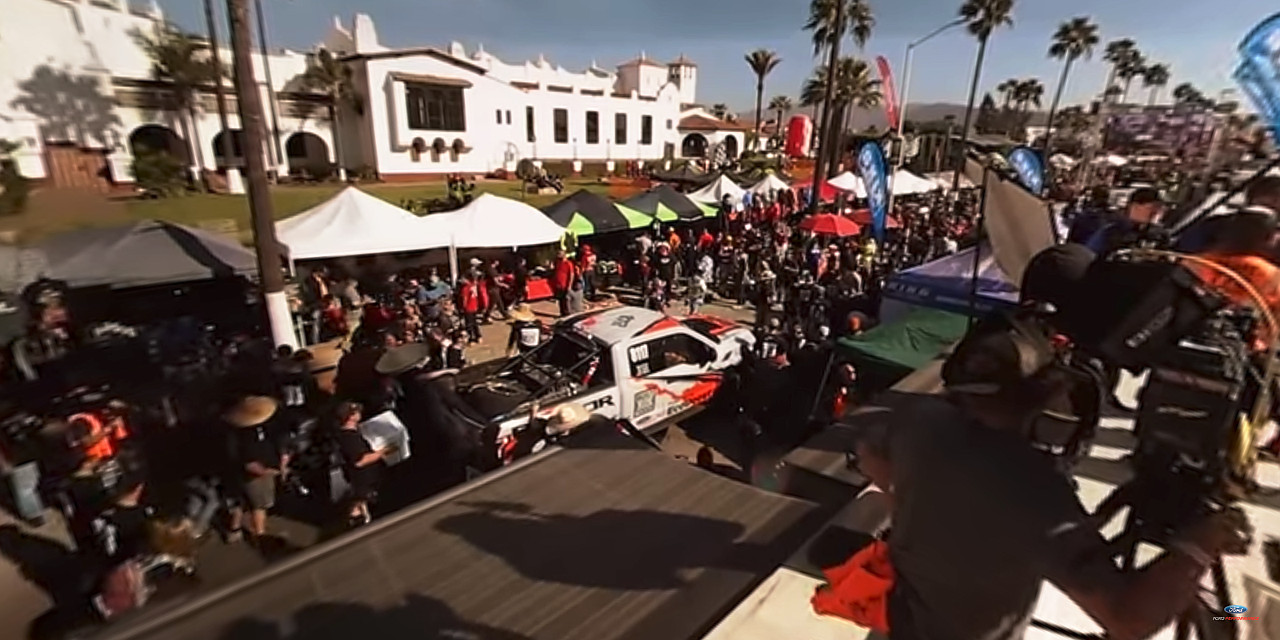 That title, while perhaps a tad flamboyant, is wholly appropriate when one considers that the new F-150 Raptor ships with a selectable drive mode dubbed “Baja.” The high-performance pickup truly was designed and engineered to perform well in that grueling event.

“We are excited to debut this virtual reality story, a first for the all-new Raptor,” says Ford Performance Global Marketing Manager Henry Ford III. “‘Born to Baja’ showcases the Built Ford Tough attitude that is at the heart of this performance monster. This grueling race proves once again that we have the most-capable, production off-road truck in the industry.”

The 2016 Baja 1000 took entrants over more than 850 miles of harsh desert terrain in the Baja California Peninsula in Mexico, with 36 hours on the clock to reach the finish line. It’s commonly regarded as one of the toughest off-road races in the world.

Yet despite this, the 2017 Ford F-150 Raptor entered by Foutz Motorsports, which competed in the stock class, was only lightly-modified to compete. Non-factory equipment included a puncture-resistant fuel cell, racing seats with harnesses, steel safety cage, and Rigid Industries LED lighting. Modifications were made to the factory shocks and springs.

See the Foutz Motorsports 2017 Ford F-150 Raptor in-action at the SCORE Baja 1000 yourself in the 360-degree video above, and be sure to download the FordVR app on your smartphone for more immersive, 360-degree content.