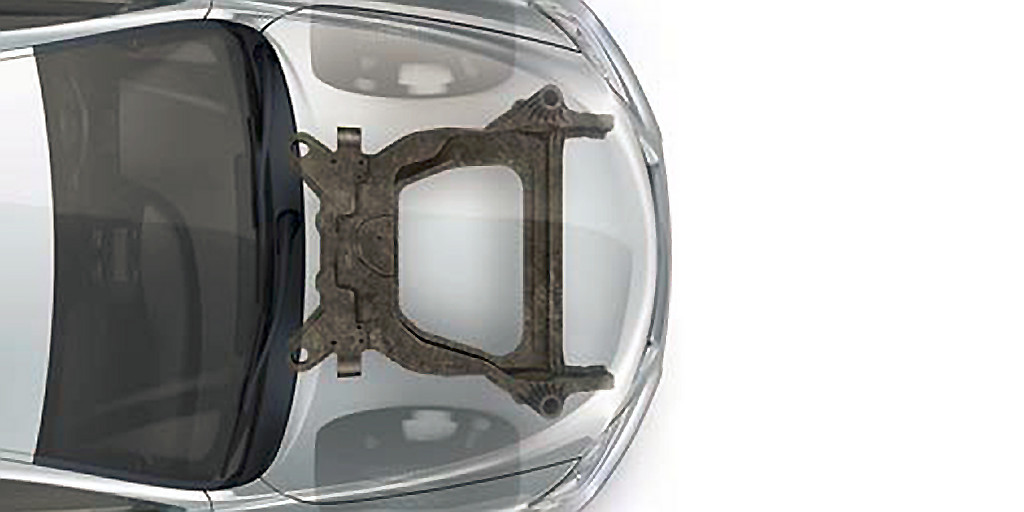 That considerable reduction in the number of individual parts was made possible by the use of adhesives and structural rivets to join the subframe together. In all, there are just two molded parts and four metallic pieces making up the subframe, versus the 45 metal components that would constitute an equivalent steel component.

According to a release from Magna, the carbon-fiber subframe design has proven viable in computer-aided engineering (CAE) analyses, and several prototypes are now being produced for Ford to conduct real-world tests on. The automaker will evaluate things like the subframe’s susceptibility to corrosion and stone-chipping, as well as the bolt-load retention – things which aren’t currently measured by CAE software.

“Collaboration is the key to success in designing lightweight components that can give our customers fuel economy improvements without compromising ride and handling, durability or safety,” says Ford’s Director of Vehicle Enterprise Systems at its Research and Advanced Engineering division, Mike Whitens. “We must continue to work hard to achieve these lightweight solutions at the most affordable costs. Magna and Ford working together on this carbon fiber composite subframe is a great example of collaboration on advanced materials.”

In the past, Ford and Magna International collaborated on a mixed-material concept vehicle, which weighs 23.5 percent less than the Ford Fusion sedan on which it’s based while meeting all federal crash and safety regulations.