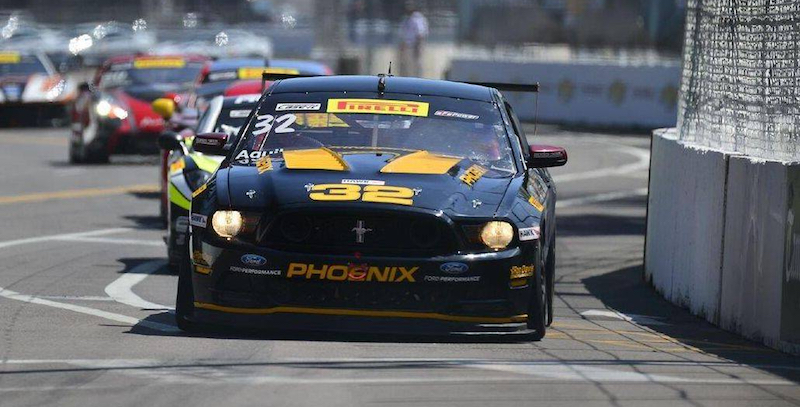 The Camaro GT4.R, Chevrolet’s new-for-2017 turn-key racecar, made its competition debut at St. Pete this weekend and was poised for success after Black Dog Speedshop’s Lawson Aschenbach put the car on pole position for Race 1 on Friday. Aschenbach couldn’t hold off a hard-charging Aquilante, however, and lost the lead early in the race, turning up second behind the aging Mustang racecar. Edge Motorsports’ Jade Buford took third in his Sin R1 GT4.

With Firday’s win, Aquilante started from pole position Saturday. The Mustang driver made a poor start and let Aschenabach take the early lead, however the Camaro was back in second place four laps later. Aquilante survived two more restarts and held off a determined Aschenbach to take the win and give Ford two wins in the World Challenge opener. Performance Motorsport Group’s Parker Chase rounded out the podium in his Ginetta G55.