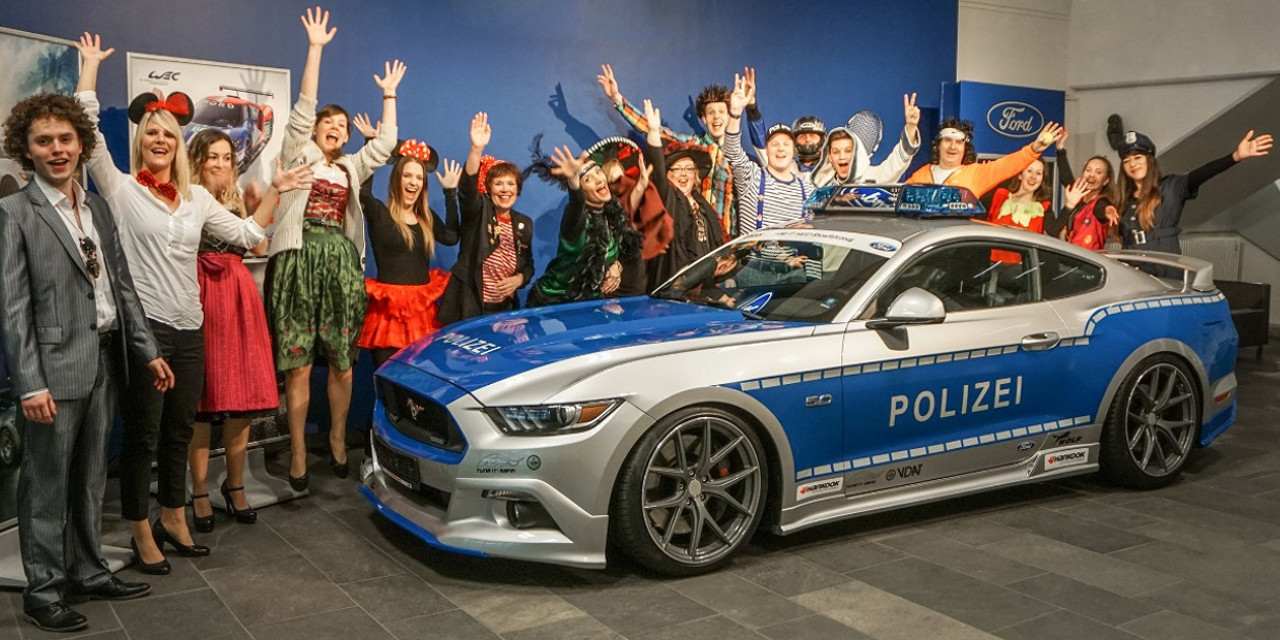 The parade at this year’s Rosenmontag event in Cologne, Germany was led by a rather attention-grabbing American car: a current-generation Ford Mustang police pursuit vehicle.

Rosenmontag is the highlight of the German Karneval, held every year on the Monday preceding Ash Wednesday. The Mustang police car that led the parade was based on the “Tune It! Safe!” demo car pictured above, which was commissioned by Germany’s Verband der Automobil Tuner to promote safe car-modifying practices.

At Rosenmontag, the Ford Mustang police car didn’t exceed walking speed, sticking to around 2 to 3 kmph, which seems like kind of a waste. Oh, well; at least it looks good.

The Mustang’s selection as the leader of the “Rosenmontagszug” – or Rosenmontag parade – is appropriate, both because the Ford Mustang is wildly popular in the country, and because Ford has a longstanding relationship with the event. The automaker has supported Cologne’s Rosenmontag for 66 years, in fact, and through that time, more than 2,700 Ford vans have been used in the Rosenmontagszug. This year’s parade featured more than 55 Ford Transit Custom baggage wagons, as well as seven Ford Galaxies and five Ford Tourneo Customs used as shuttles.