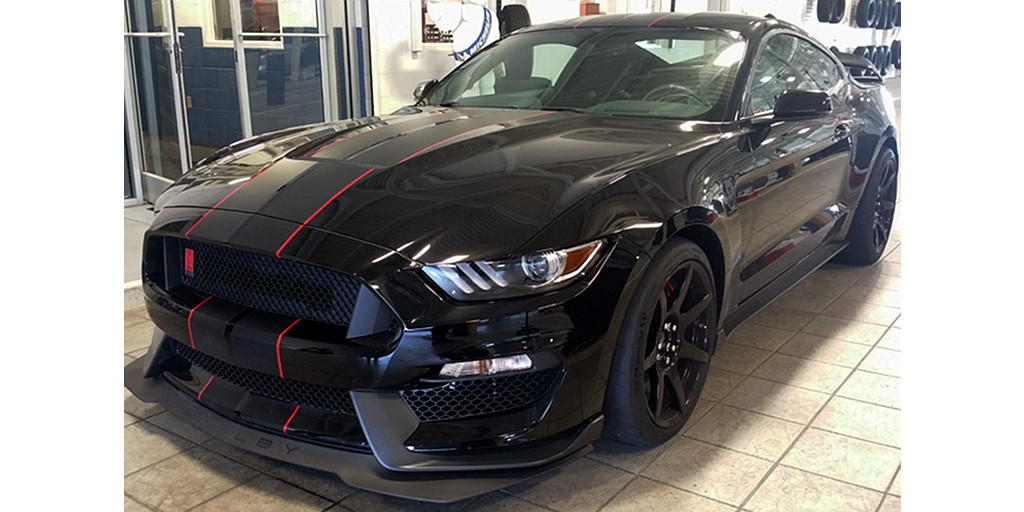 Police in Union County, North Carolina are looking for two suspects in connection with the theft of a Ford Shelby GT350R Mustang from an area Ford dealer earlier in the month.

According to Carscoops, two car thieves gained entry to the showroom of Crossroads Ford in Cary, North Carolina on March 5th. CCTV footage captured them in the act as they tried – and failed – to locate the controls that would allow them to open the service bay doors, eventually deciding to just drive the new Shelby GT350R straight through one of the doors.

The car, which was reportedly valued at more than $100,000, was located on the 13th at a nearby business. The 2017 Shelby GT350R Mustang starts at $64,545 MSRP including destination and, with few options available, tops out at around $69,000, meaning that the car taken earlier this month was subjected to a sizable dealer markup. That appears to be the norm for what is a rather rare Mustang model.

The Union County Sheriff’s Office is asking the public for any relevant information regarding the Shelby GT350R theft.