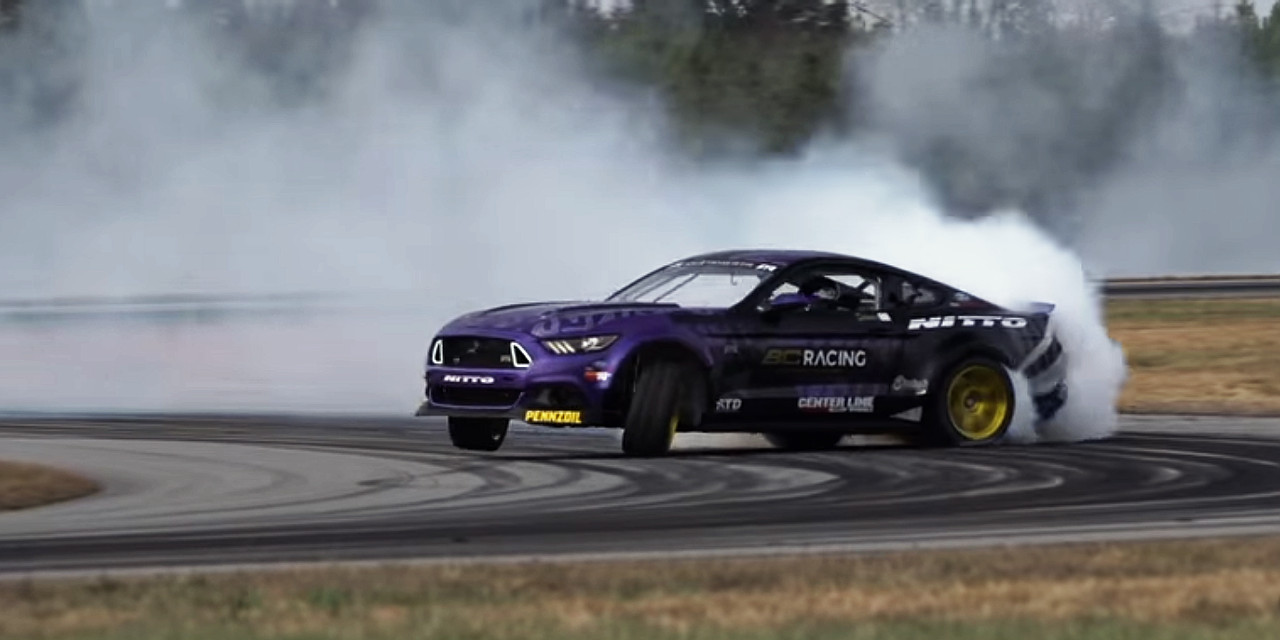 This year, RTR Motorsports is adding a second driver for the Formula Drift season: former underdog Chelsea DeNofa. We say “former” because with his addition to the RTR team, he’s about to find himself with a whole lot more funding and support than he ever has in the past.

On his YouTube channel, DeNofa put out a new video showing clips from his test drive of the new Ford Mustang RTR Formula Drift car he’ll be driving in the series, and he looks right at home in the heavily-modified, 1,000-horsepower pony car. He also spends an awful lot of time on just three wheels during the drive, which is neat.

Who needs front wheels anyway? Everyone knows you steer with the rear.

To see highlights from DeNofa’s test drive of his competition-spec Ford Mustang RTR, watch the video above.