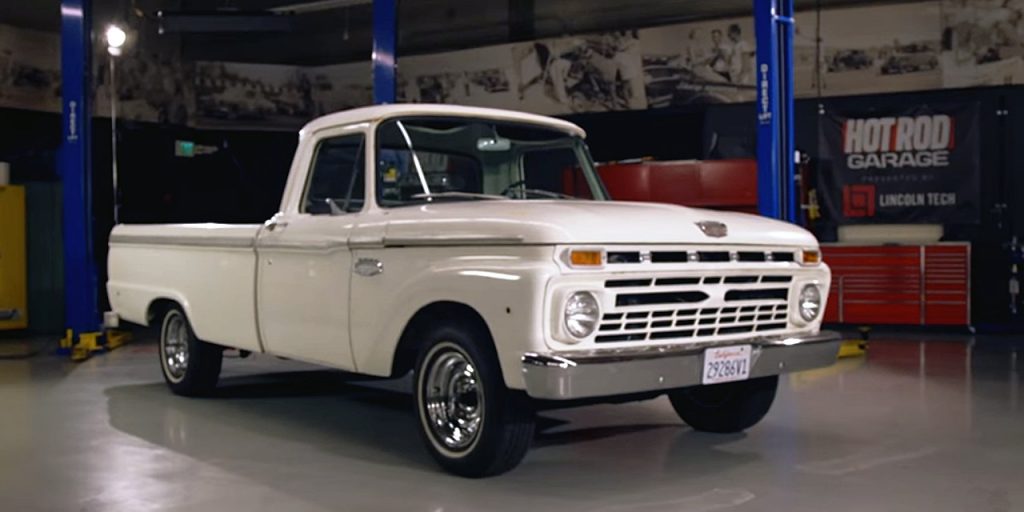 In the latest episode of “Hot Rod Garage” on the Motor Trend Channel, hosts Tony and Lucky set about to build the ultimate shop truck out of a 1966 Ford F-100 pickup.

The twist: they concluded that the quickest, easiest way to get everything they wanted was to swap the Ford F-100 body onto a more modern, 2007 Crown Victoria police interceptor sedan.

Blasphemy? Perhaps. But also theoretically doable, as the Crown Victoria kept its body-on-frame construction right up through 2011, when it was discontinued in favor of Ford’s current crop of Taurus- and Explorer-based police vehicles. This means that essentially, Tony and Lucky need only separate the Ford F-100 and Crown Victoria bodies from their respective frames, and switch them around. As an added bonus, the late-model Crown Victoria was one of the most advanced full frames of its time, having been thoroughly gone over by Ford in 2003 to incorporating things like aluminum control arms and rack-and-pinion steering.

In short, it makes for a quick and dirty way to launch the 50-year-old Ford F-100 into the 21st century.

Watch the video above to see Tony and Lucky tear into their awesome shop-truck project, and keep an eye out for part 2 of the saga, when they put all the pieces together.